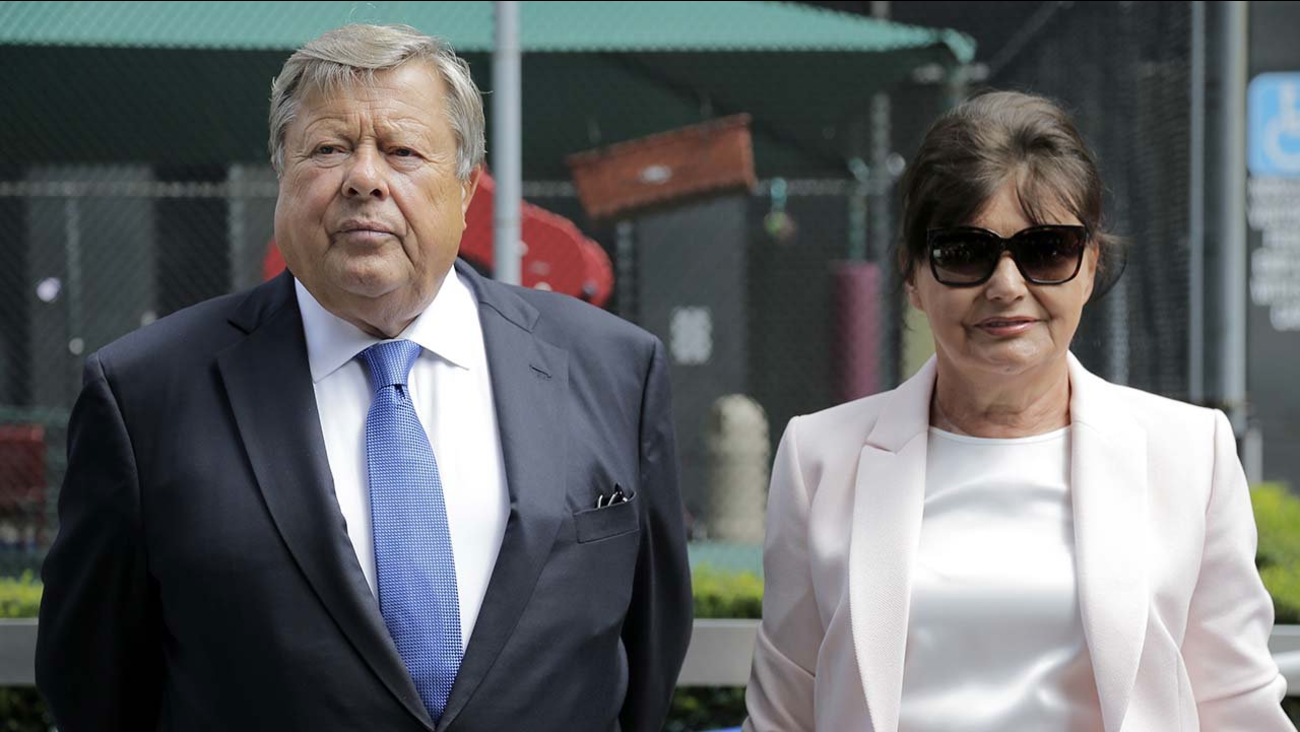 "It went well and they are very grateful and appreciative of this wonderful day for their family," he said in a statement to CNN.

Viktor and Amalija Knavs had been living in the United States with green cards and have been frequently spotted in Washington since their son-in-law assumed the presidency.

Wildes told CNN that as of February, the couple were living in the US on green cards -- a status that allows them to live and work in the US indefinitely and paves the way for citizenship.

But it's unclear whether their green cards were granted by a process the President has sought to end.
"I can confirm they are green card holders and legal permanent residents of the United States," he said. Wildes did not explain how they got those green cards, raising the prospect they were sponsored by Melania Trump or another family member based on what Trump has called "chain migration" or family-based migration.

There are only a handful of ways that immigrants to the US can obtain green cards, and the largest share of them each year are given out based on familial connections. A smaller number go to immigrants based on their employment, and other categories include refugees and other special cases. Advocates for restricting legal immigration have pointed to the imbalance in favor of family connections as evidence of the need for reform, calling for a "merit-based" system that would choose immigrants based on need in the US.

The US allows a number of ways for US citizens and legal permanent residents to sponsor family members to come to the US permanently, including categories for parents, adult siblings and adult children, married and unmarried.

Trump and his congressional allies have fought to slash that dramatically, limiting sponsorship to spouses and minor children, including dropping the threshold for minor children from 21 to 18. Experts estimate that could cut overall immigration to the US by 40% to 50%, if those green cards are not reallocated to another category. Trump has advocated a "merit-based" system, but has not proposed any method of admitting immigrants to the US to replace those categories.

Viktor and Amalija Knavs, 73 and 71 years old, respectively, are retired, and they maintain regular contact with the Trump family, often traveling with the first family on trips to Mar-a-Lago and Bedminster, New Jersey.