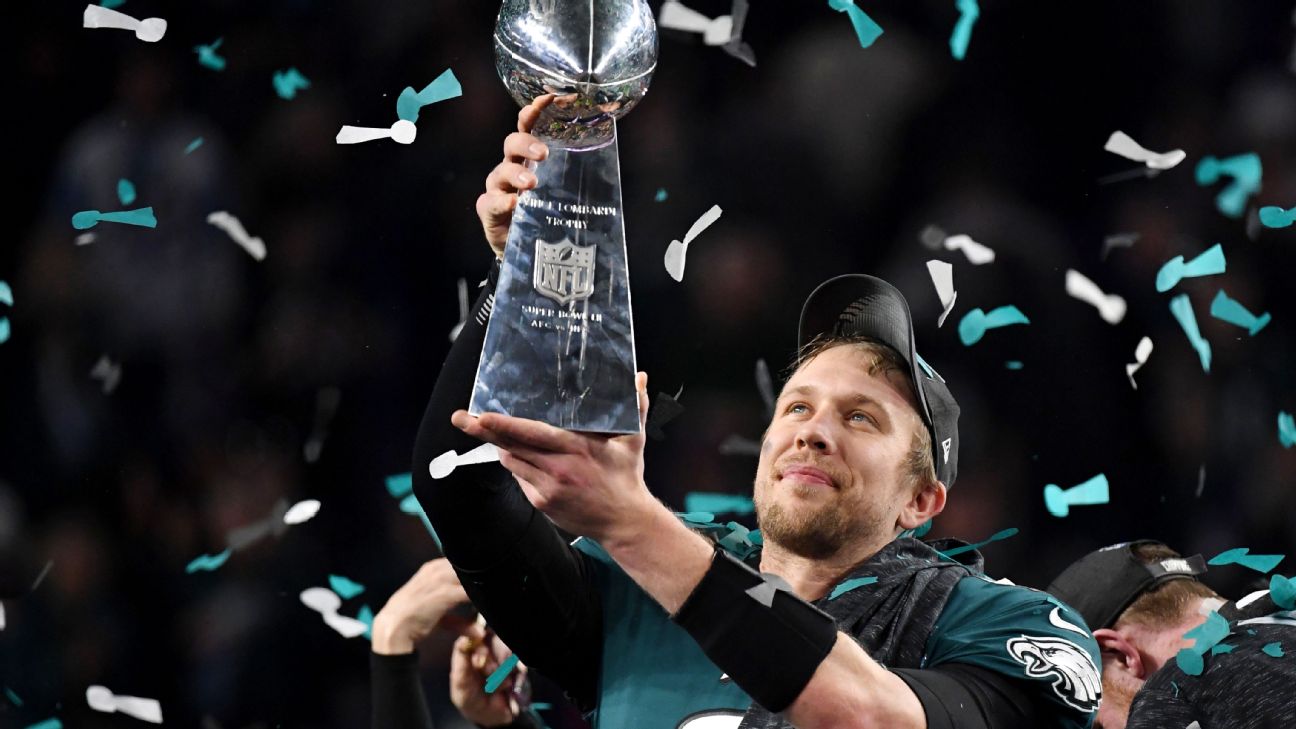 The congratulatory handshake six months in the making could finally happen Thursday night when the Philadelphia Eagles play the New England Patriots in a preseason game at Gillette Stadium.

Or it could not.

Following the Eagles' 41-33 win over the Patriots in Super Bowl LII, Tom Brady and Foles never connected for the customary postgame handshake between quarterbacks. And, per Foles, he has not heard from New England's star in the months since.

Asked if he'd like Brady to engage him on Thursday, Foles made it clear that he does not view this as any kind of unresolved issue.

"It will happen when it happens. We practiced with the Patriots several years ago, and I got to stand there and talk to Tom for quite a bit. He's a great guy. I have all the respect in the world for him," Foles said.

"I think everyone's making a really big deal out of this and it's not a big deal at all. I've already talked to him before; he's a guy I've always looked up to. You've got to admire someone who is probably the greatest ever and still going strong. I mean, even at his age (41) he seems to get better and better. I've already had a conversation with him before when we practiced, so if we have one in the future, we'll have one and it will be cool."

Foles and Brady went blow for blow in a back-and-forth Super Bowl thriller, combining for the most passing yards in a single game in NFL postseason history. Brady set a new playoff record with 505 passing yards and threw three touchdowns with no picks compared to 373 yards, three touchdowns and one interception for Foles, who connected with tight end Zach Ertz late in the fourth quarter for the go-ahead score.

Brady was strip-sacked by Brandon Graham on the ensuing drive to help secure the win for Philly.

Brady has never spoken about the handshake that wasn't, nor has he been asked about it by reporters. It's unclear whether it was an intentional gesture or simply a matter of not being able to find Foles in the postgame madness.

Regardless, Foles has moved on and says his attention is on what's in front of him, not in the rearview, as the team heads to Foxborough.

"This is a new season, new people, new players," he said. "Obviously we wear the same logos as last year but we both have a new identity. This is the time of year where we grow together as teams, so that's all I'm really focusing on."