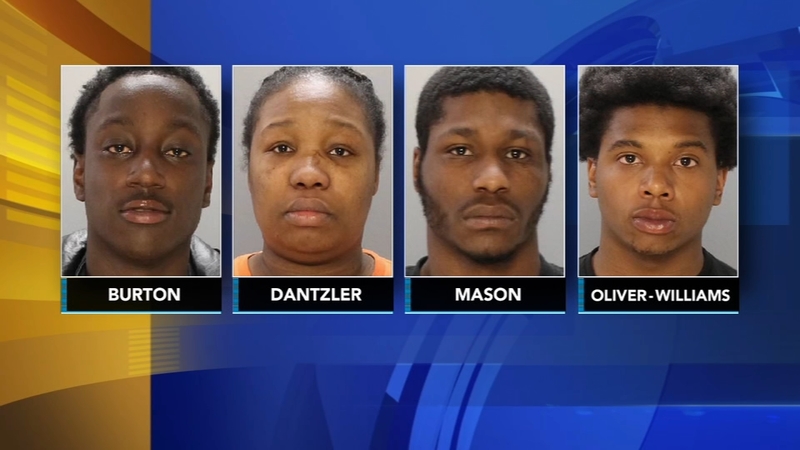 PHILADELPHIA (WPVI) -- Philadelphia police announced four arrests on Tuesday after a body was found inside a trash can last week in the Olney section of the city.

The body of 22-year-old Darius Cheeseboro was found on January 14 at 6th and Rockland streets.

The medical examiner's office said Cheeseboro, who lived in the 100 block of East Albanus Street, died from multiple traumatic injuries and lacerations.

In addition, 18-year-old Zamir Burton was charged with criminal conspiracy, tampering with evidence and abuse of a corpse for his alleged involvement in the crime.