4 suspects wanted for robbery at Macy's in Delaware 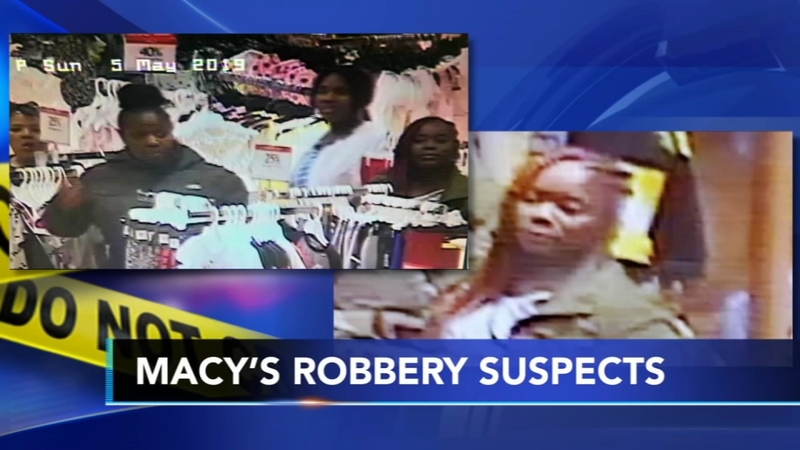 4 suspects wanted for robbery at Macy's in Dover

DOVER, Del. (WPVI) -- Delaware police are searching for four suspects who allegedly stole from a Macy's and pepper-sprayed an employee trying to stop them.

On Monday, investigators released surveillance pictures of the women they're looking for who they say had two young children with them during the incident.

Police say the group walked into the Macy's at Dover Mall on Sunday afternoon and began hiding merchandise in plastic bags.

An employee then tried to stop them from walking out without paying but two of the suspects pepper-sprayed him.