LeBron takes on 'burden of leading' 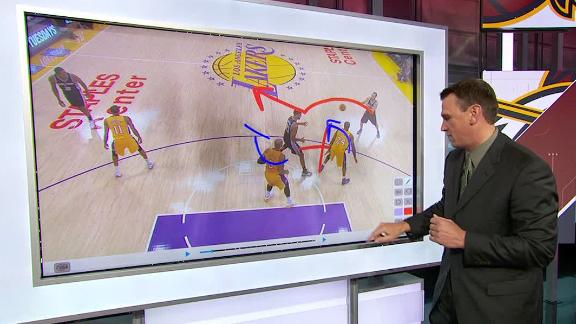 CLEVELAND -- LeBron James said leading this Cleveland Cavaliers team, teaching it how to win on a championship level, is the biggest challenge of his 12-year career.

"This is more challenging than me trying to win my first championship," James told ESPN.com on Wednesday, hours before his Cavaliers hosted the San Antonio Spurs. "Because that was a personal goal of mine. Doing this was never a goal until I decided to come back to Cleveland."

While the Cavaliers, with huge help from James, have assembled a talented cast, two of their top three players -- Kyrie Irving and Kevin Love -- have never reached the playoffs. Not only that, but in nine years combined, neither Irving nor Love even has had a winning season.

"I've taken on the burden of leading young guys," James said, "getting them to understand what it takes to win. And it takes more than just basketball. It's about being a professional, not having a sense of entitlement, being grateful that you're a part of this league. Those things have a lot to do with winning.

"It's going to take a while. When you're losing, you pick up a lot of bad habits. When you walk into the building every night and don't even expect to win, that wears on you, and it takes a while to break it."

James, whose contending teams in both Miami and during his first stint in Cleveland were always strong defensively, knows the Cavs must improve on that end to have a realistic shot at winning a title. He said he's not yet worried about his team's defense.