Philadelphia dismisses schools early on day 2 due to heat, plans to do same on Wednesday 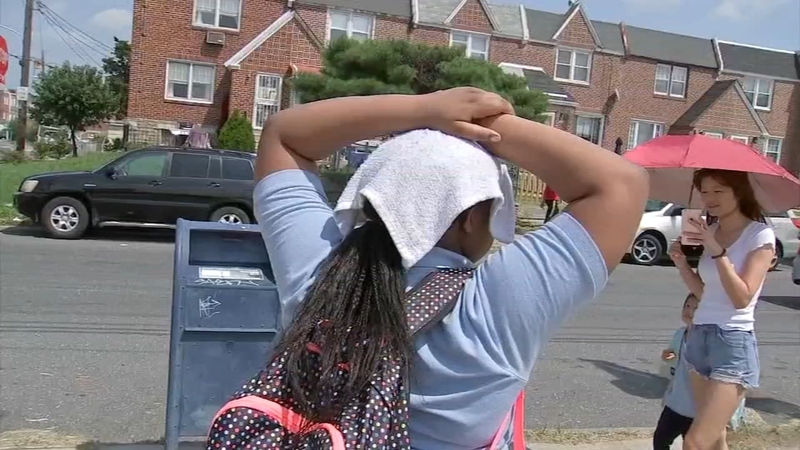 NORTHEAST PHILADELPHIA (WPVI) -- To put it mildly, kids were quite happy to get out of the Solis Cohen Elementary school Tuesday.

But there was nothing mild about the temperatures there Tuesday. It was so hot kids had sweat beading on their faces as they walked out.

It was even hotter outside, where the heat was radiating from the streets.

Some kids were using wet towels on their heads as a cool remedy.

"It's very hot in the building. We need the air conditioning!" said student Issac Gardner.

The early dismissal at 1 p.m. was well received. On Wednesday students will be dismissed at 1 p.m. again and all after school activities are canceled as well.

"We know the temperatures rise the most in the afternoon, so that's why students are out today at 1 o'clock," said Whack.

But at a school like Solis Cohen, parents are questioning whether there should be school at all during a heatwave, as there is no air conditioning inside.

There's no AC inside.

"Let's face it, why let them suffer? They're not going to hold an attention span in that heat," said one parent.

But the district says they don't want the school schedule to fall behind and that's mainly why classes haven't been canceled.

The administration adds they certainly took weather into consideration when deciding the new early start date.

"We did have productive days of instruction in the morning," said Whack. "Historically there's not a huge difference in weather between the last week in August and the first week in September."