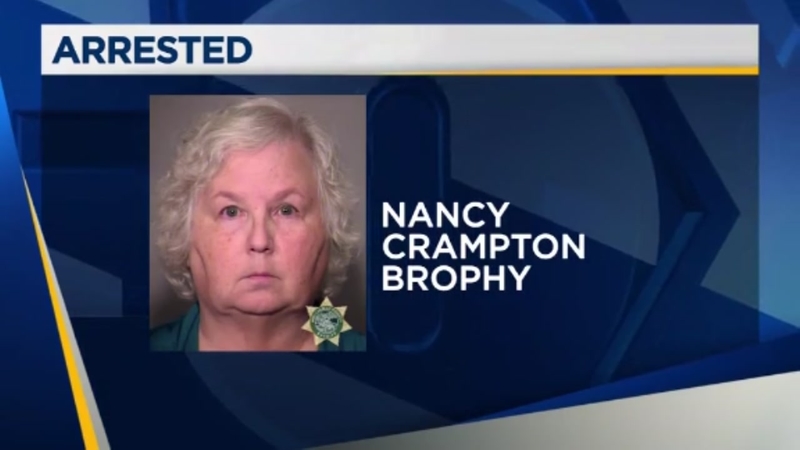 BEAVERTON, Oregon -- The romance novelist who wrote the "The Wrong Husband" is now accused of killing her husband.

The 68-year-old writer, Nancy Crampton-Brophy, is facing charges of murder with a firearm constituting domestic violence, according to the Portland, Oregon district attorney's office.

Nancy was arrested Wednesday at her home in Beaverton.

Her husband, 63-year-old Daniel Brophy, was killed in June.

Students at Oregon Culinary Institute, where Daniel Brophy was a lead instructor, found him shot inside a classroom.

The day after Brophy's death, Nancy posted a statement on Facebook:

"I have sad news to relate, my husband and best friend, Chef Dan Brophy, was killed yesterday morning. I'm struggling to make sense of everything right now. While I appreciate your loving responses, I am overwhelmed."

In "How to Murder Your Husband," Crampton-Brophy described motives and possible murder weapons she would choose from if her character were to kill a husband in a romance novel.

Her other works also dealt with murder. Her novel "The Wrong Husband" tells the tale of a woman who tries to leave an abusive spouse by faking her death. In "The Wrong Cop," she wrote about a woman who "spent every day of her marriage fantasizing about killing" her husband.

The news of Nancy's arrest shocked neighbors in the community.

Police have not revealed the motive in this case.