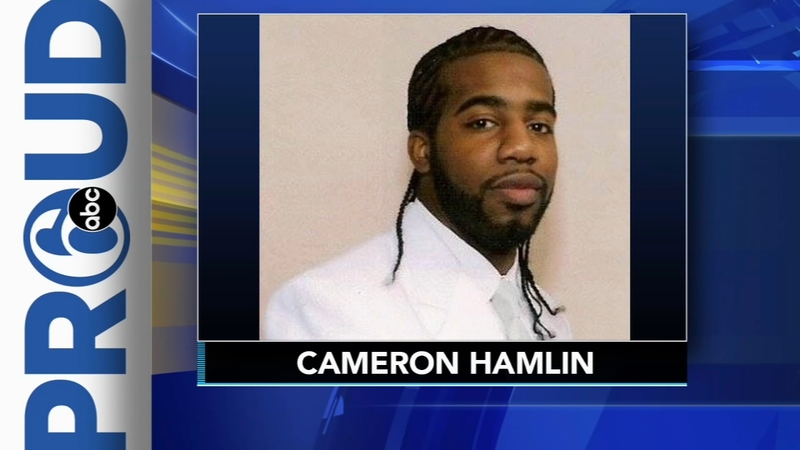 A Delaware man and his family are making us Delaware proud with his work in the community, in memory of his murdered son.

In August, hundreds of children from Wilmington's Lancaster Avenue corridor got new backpacks and school supplies, thanks to the Cameron D. Hamlin Foundation. The foundation also gives away a scholarship.

"Our foundation gives out a scholarship every year to a volunteer who has helped us," says Vandrick Hamlin.

It's a great day for the kids, and for Vandrick, who runs the foundation in memory of his son Cameron. Many people know Hamlin as their mailman.

"I'm the mailman in this area, and I know the needs of the people," says Vandrick. "I knew their situation and I knew that something had to be done, and I stepped in to help out," he adds.

However, not everyone knows the foundation was born out of tragedy.

In 2006, Vandrick's 25-year-old son Cameron was shot and killed in Wilmington. The shooter was after his ex-girlfriend, who was a passenger in Cameron's car.

"It just rock my whole world, and it was a devastating blow to the family," says Vandrick.

After the loss, he and his family dedicated themselves to continuing something that started when Cameron was young.

"He would give me his used clothes to give to the kids out here, and now that he's passed on, we're carrying out his tradition," Vandrick says.

Hamlin also dedicated his time and effort to getting Cameron's Law passed in Delaware. It stiffens penalties for convicted felons who commit gun crimes. But on this day, his work is about getting kids ready for school.

Now, he will begin to work on the foundation's annual coat drive. Which will be held on the third Sunday in November.

All of this in memory of Cameron.

"He was a very nice young man. I'm not saying that because he was my son. He was a well-liked young man. Everybody loved him," says Vandrick.

Both the back pack giveaway and the coat giveaway get bigger every year.

Find out more about the Cameron D. Hamlin Foundation on the foundation's Facebook page.