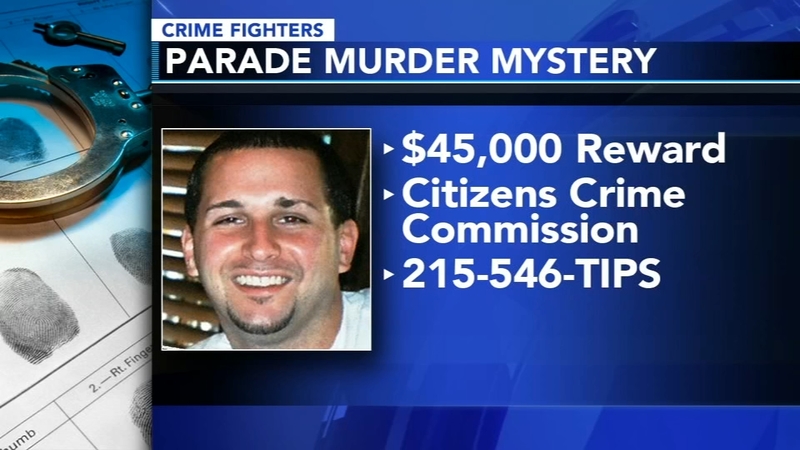 PHILADELPHIA (WPVI) -- After a decade, a large reward still sits with the hope that someone will come forward with information about a murder following the Puerto Rican Day Parade.

Matt Novak, Sr. says 10 years has been long enough, it's time to bring his son's killers to justice.

"I can't believe these guys are still running around the streets. I got to tell you, I mean, I get angrier and angrier every time this time of the year," he said.

On Sunday, September 28, 2008, 24-year-old Matthew Novak and two friends were headed home from Philadelphia's annual Puerto Rican Day parade when their car broke down at 6th and Green Streets in Northern Liberties.

Surveillance video shows a blue Chevy Impala with 3 men inside stopping to help.

Novak got into the car with them and they drove to 13th and Fairmount.

As Novak got out of the car, they shot him in the leg. He later died at the hospital.

The blue Chevy had New Jersey tags, but the license plate is difficult to read.

"I would just want someone to come forward," said Novak, Sr.

The Citizens Crime Commission is administering a $45,000 reward for the arrest and information of the person responsible.

Novak says the sudden loss of his son still haunts him.