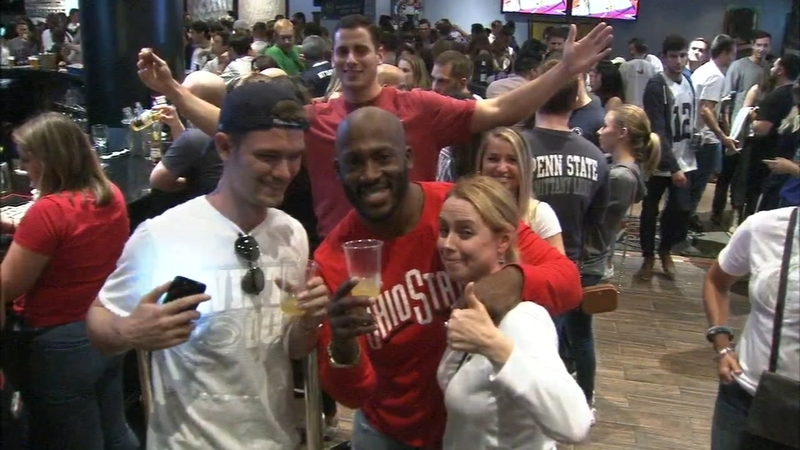 PHILADELPHIA (WPVI) -- A whole chunk of Filbert Street turned into its own Happy Valley as Penn State alumni filled the Field House for Saturday night's game.

But in the end, there were a lot of disappointed fans after Penn State lost to Ohio State 27-26.

Tonight in front of the field house with a large projector showing the Penn State versus Ohio State game, and inside were more fans who packed the sports bar.

Brian Dimattesa of the Penn State Alumni Association said, "Its Ohio state biggest game of the season, two ranked teams, PSU whiteout, we just want to give the alumni a place to go."

The Penn State Alumni Association takes over the Field House every game. There are so many alumni, they now have two locations to watch in Center City.

Caitlin Simsox, PSU Alumni Association said, "Philly has the biggest game watch in the country. We have the biggest group of people in one location."

Another member of the PSU Alumni Association, Rachel Greider said, "It feels like Happy Valley 2.0, I'd guess I'd say."

Hundreds come every week and tonight among the sea of blue and white, there was a little bit of red in the crowd with Ohio State fans showing their school pride.

At least two brave men daring to watch among the Nittany Lions.

"What can you do? You gotta cheer for your team," said one Ohio fan.