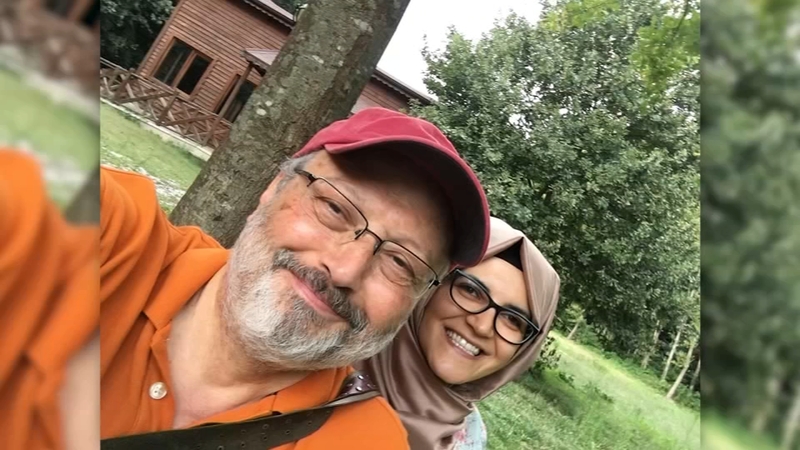 ANKARA, Turkey -- Turkey's government has told U.S. officials it has audio and video proof that missing Saudi Arabian writer Jamal Khashoggi was killed and dismembered in the Saudi consulate in Istanbul, the Washington Post reported Friday.

The newspaper, for which Khashoggi is a columnist, cited anonymous officials as saying the recordings show a Saudi security team detained the writer when he went to the consulate on Oct. 2 to pick up a document for his upcoming wedding.

The Associated Press was not immediately able to confirm the report, and Turkish officials would not comment.

A delegation from Saudi Arabia arrived in Turkey Friday as part of an investigation into the writer's disappearance, Turkey's state-run news agency Anadolu said.

Saudi Arabia has called the allegation it abducted or harmed Khashoggi "baseless." However, it has offered no evidence to support its claim he left the consulate and vanished despite his fiance waiting outside.

Anadolu Agency said the delegation would hold talks with Turkish officials over the weekend. It did not provide further details.

The 59-year-old journalist, who was considered close to the Saudi royal family, had became a critic of the current government and Crown Prince Mohammed bin Salman, the 33-year-old heir apparent who has introduced reforms but shown little tolerance for criticism.

Khashoggi had been living in self-imposed exile in the United States since last year. As a contributor to the Washington Post, he has written extensively about Saudi Arabia, including criticism of its war in Yemen, its recent diplomatic spat with Canada and its arrest of women's rights activists after the lifting of a ban on women driving.