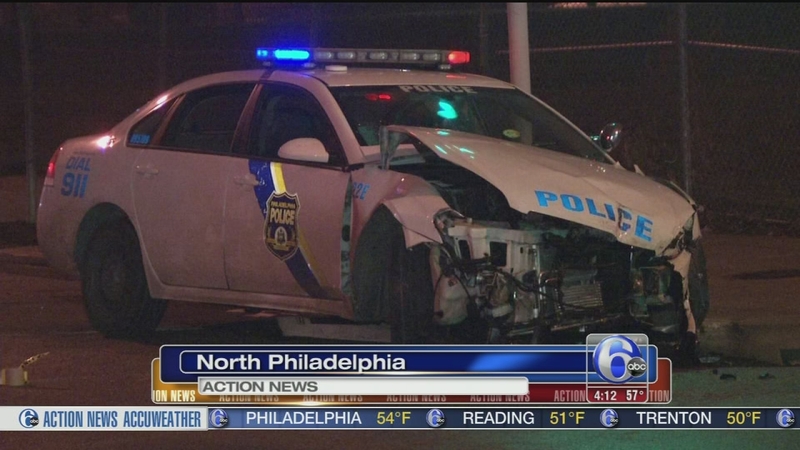 The 22nd district police cars smashed into each other around 11:30 p.m. at 22nd and Montgomery Avenue.

They were responding to a report of shots fired at 20th and Oxford Street at the time.

One of the injured officers was being treated for a concussion at Temple University Hospital.

Both are expected to be treated and released.

The other officers involved were treated for less severe injuries at the scene.

The officers were all wearing seat belts and the airbags deployed on the vehicles.

There was no shooter or gunshot victims found at the second scene.