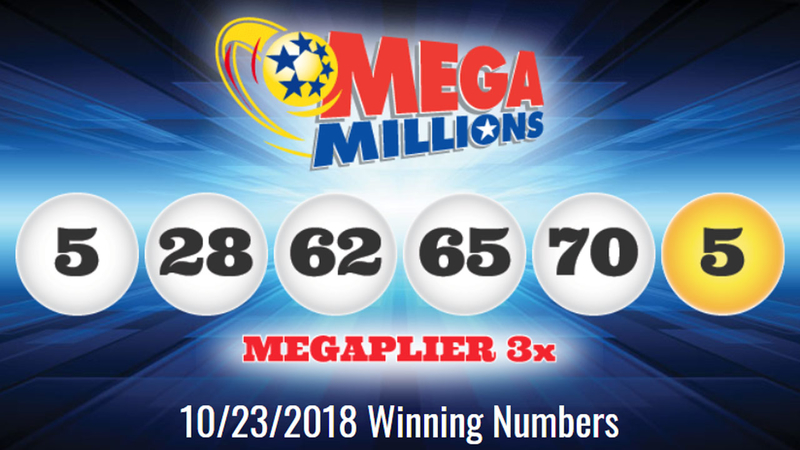 DES MOINES, Iowa (WPVI) -- Lottery officials say someone bought a ticket in South Carolina to win the Mega Millions jackpot with a final total of $1.537 billion, just shy of the all-time world record, while three second prize tickets worth $1 million each were sold in Pennsylvania and New Jersey.