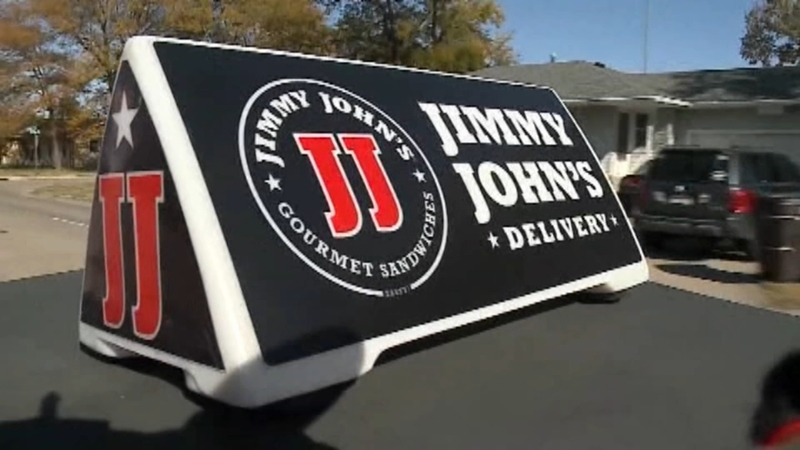 COLUMBUS, Neb. -- A phone call to a wrong number in Nebraska delivered just what a man in pain needed: a ride to a hospital.

Lisa Nagengast said a driver for a Jimmy John's sandwich shop rescued her brother, Greg Holeman, on Saturday night after he called her just as she arrived at the Tampa, Florida, airport.

She had been in Nebraska to help Holeman get to his Columbus home after spinal fusion surgery three days earlier in Omaha. He called her in great pain and said he was oozing blood and his left leg had gone numb, Nagengast said.

Her brother is a veteran living on disability and didn't have Department of Veterans Affairs' approval to call an ambulance, she said. He also couldn't afford a taxi to a hospital, she said.

Nagengast was still in the Tampa airport when she tried to call his VA social worker but misdialed and reached what turned out to be a right number: the Jimmy John's in Columbus and its night manager, Jason Voss. She explained her problem.

"She was a little panicky," Voss told the Omaha World-Herald on Tuesday. "At that point I figured I should take a minute to think about it. It was obviously not someone making something up; it was an actual situation going on."

It took Nagengast a little while to realize she hadn't reached her brother's social worker.

"I apologized profusely. I was really embarrassed," she told The Columbus Telegram. "I just told them, 'Never mind.' But somehow they found it in their hearts to help."

Voss called delivery driver Zach Hillmer, who picked up Holeman and drove him to a hospital emergency room. Hillmer, a U.S. Navy veteran, said it was a privilege to help a fellow military man.

"Those guys did that on their own accord, and that's what was so special about it," Nixon said.

Nagengast said her brother is back at home and doing OK.