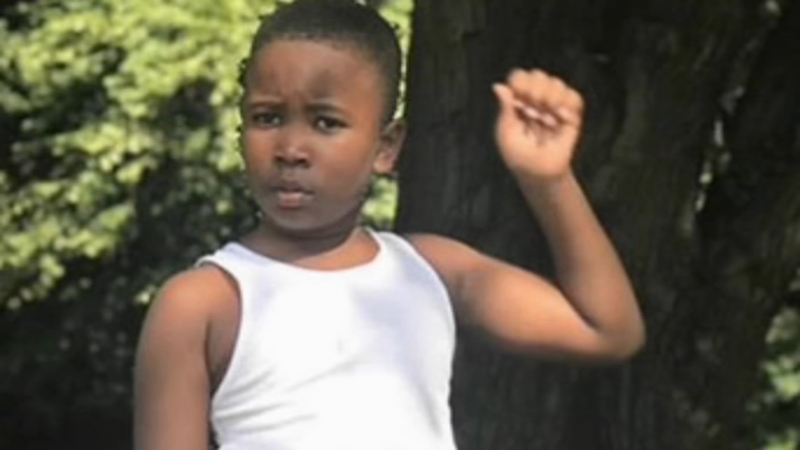 His family and friends did not want to talk about that, but preferred to speak on how Pressley lived his much-too short life.

"And we just have to think about the good times with Hasoun because the boy was happy. He wanted us to be happy," said family friend James Alexander.

Although it's unclear what difference it would have made, some family members are upset that there was no nurse at the school that day.

"They just need medical attention at these schools though. More nurses. But the nurse wasn't there though," said Pressley's uncle Kareem Pressley.

In a final act of remembrance, the crowd let loose dozens of white and blue balloons swept away by the autumn breeze.

Hasoun Pressley was the only child of parents Tiffany Harris and Rasheem Pressley.