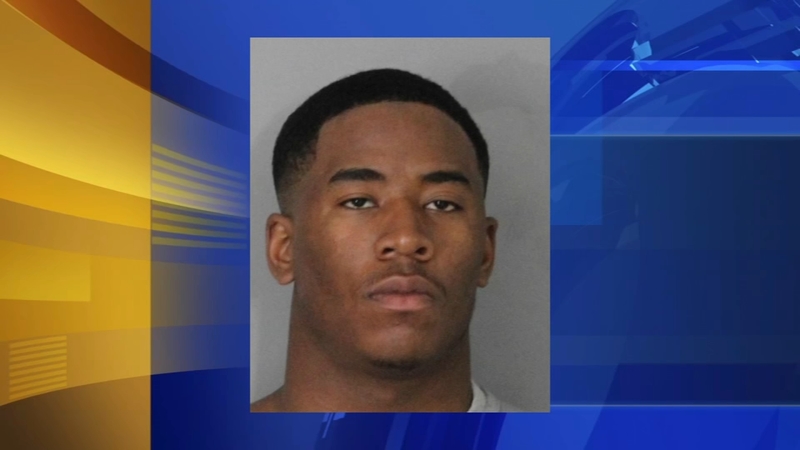 NEWARK, Del. (WPVI) -- A University of Delaware football player is accused of attacking an elderly driver who struck one of his family members.

The victim was getting out of his car to check on a 42-year-old woman whom he had struck on South College Avenue on Saturday.

Police say the woman, a relative of Spruill, wasn't in a marked crosswalk and suffered serious injuries.

Other bystanders assisted the driver back into his vehicle after the attack and he fled the scene for his own safety, police say.

The 77-year-old man was later contacted by police. He declined medical attention, despite having suffered facial injuries from the assault.

Police say he was not injured as a result of the crash.

The driver is not facing any charges.

Spruill, of Clinton, Maryland, turned himself into Newark police on Sunday. He has been charged with Assault Second Degree and Criminal Mischief.