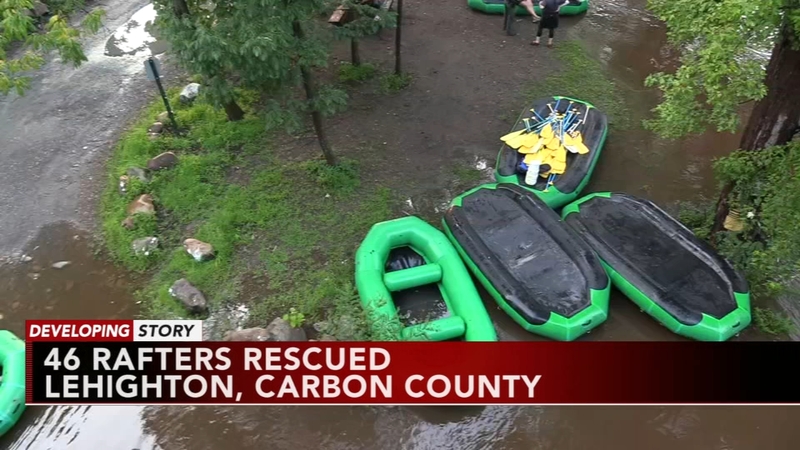 CARBON COUNTY, Pa. (WPVI) -- A massive search and rescue effort was conducted Monday along the Lehigh River in Carbon County for hours due to a concern that some rafters could be missing along the swollen river.

It was reported at 5 p.m. that a large church group, consisting of more than 200 people, was on the river and that many had not been accounted for.

A large group of rafters was reportedly touring the Lehigh River when they were swept away by the fast-moving water.

Officials said the group was a part of a tour from Whitewater River Adventures and they were supposed to take the rafts out at a designated spot but many missed the mark due to the conditions of the river.

Helicopters and boating units were called to assist in the search effort.

Lehighton Fire Chief Pat Mriss said 46 people were rescued by water personnel, because of overturned rafts and sunk rafts that got stuck in trees.

Around 10 p.m. it was reported that authorities were releasing everyone from the scene and the search effort had been suspended.

The rafting company said all missing rafters have been accounted for.

One person was reported to have suffered a minor injury and was taken to an area hospital.

Authorities suspend search of Lehigh River after 'missing' rafters accounted for as reported during Action News at 11 on August 13, 2018. 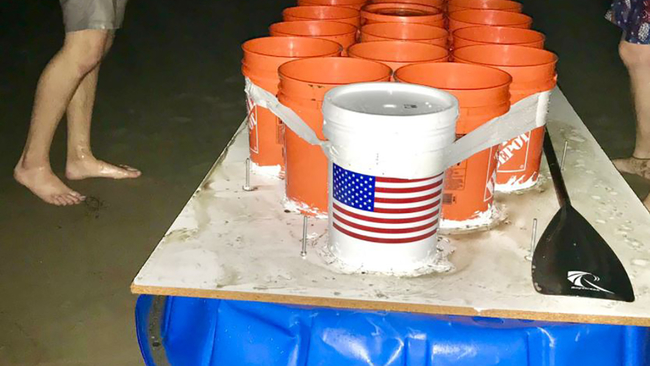 Students rescued when homemade boat drifts out to sea 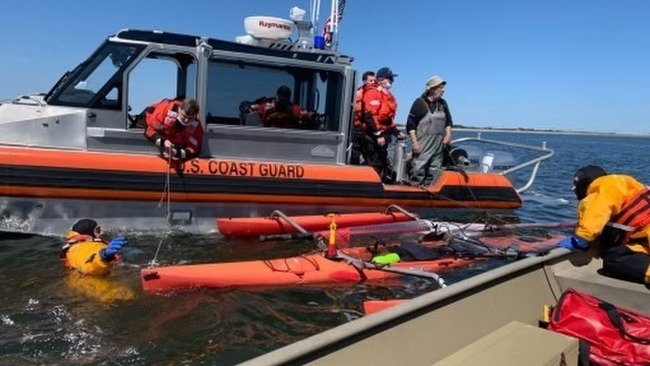 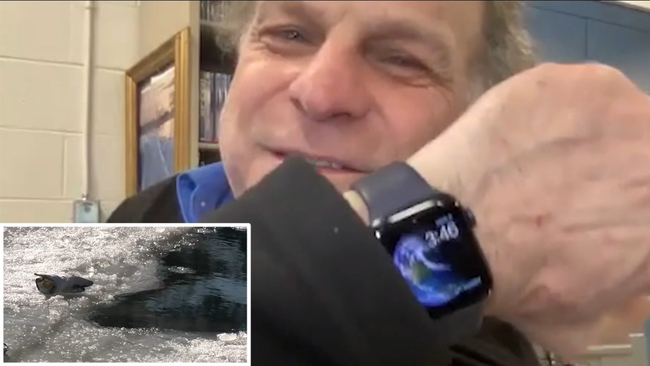