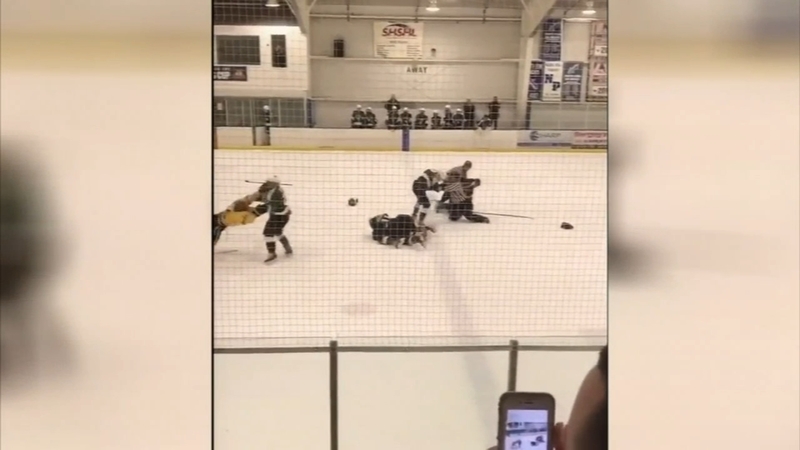 They are Brock Anderson of Morton, Ryan Gricco of Swarthmore and Jake Cross of Secane. The trio is charged with simple assault and conspiracy.

In the 2017 game, Ridley was down 7 to 1 to CB West and facing tournament elimination.

Authorities said the three defendants, frustrated by events, were part of a plan to assault the other team.

At a puck drop with 7:12 left on the clock, the three allegedly simultaneously dropped their sticks and started to attack CB West players. Some of the action was caught on video.

For two days, a jury has been shown a complete game video by the prosecution, watching some parts frame by frame. CB West players also testified. Their injuries included lacerations, a broken eye socket and a broken nose.

In their opening statement Tuesday, defense attorneys dismissed the idea of a conspiracy.

It is expected the defense will concede there was fighting, arguing it is part of the sport, but that there was no crime.