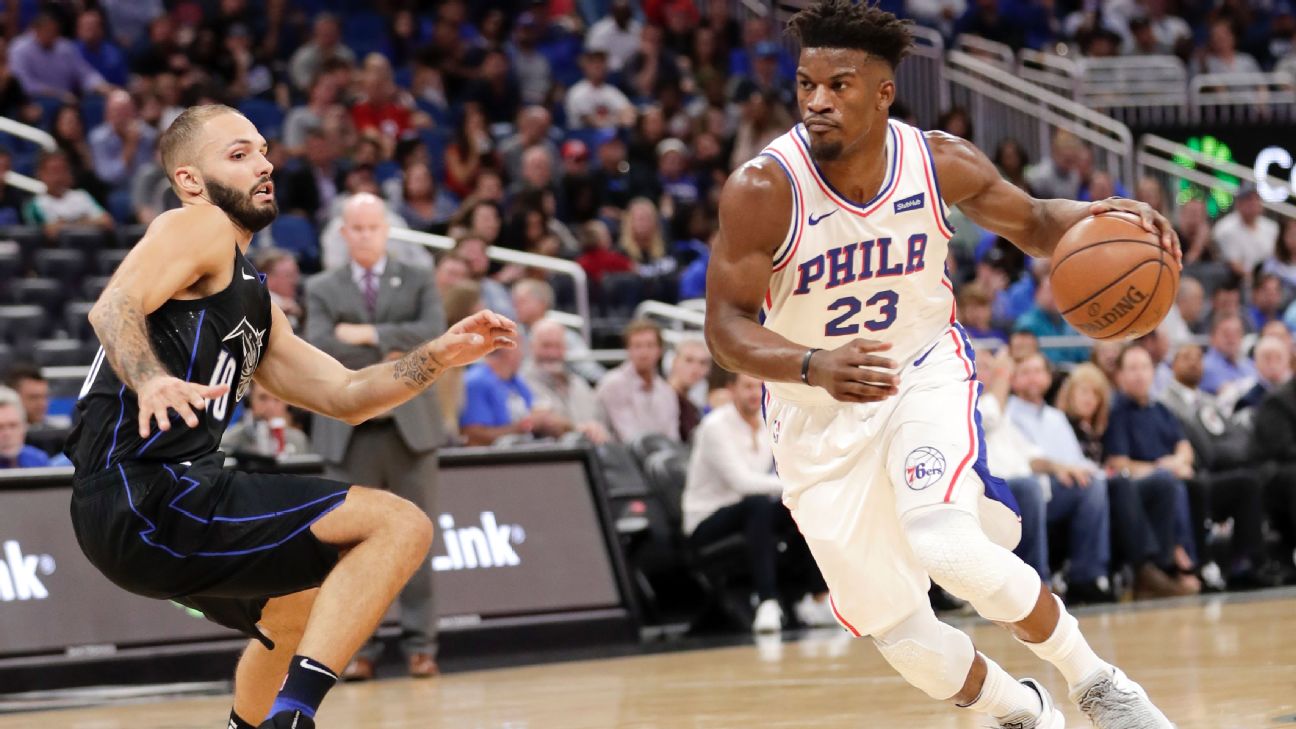 ORLANDO, Fla. -- The Philadelphia 76ers swung a trade for All-Star forward Jimmy Butler for many reasons. The biggest one, however, was to rectify one of their biggest weaknesses: late-game offense.

Butler's Sixers debut Wednesday night against the Orlando Magic served as a painful reminder of why his arrival was necessary.

The Sixers' offense failed them down the stretch, as the Magic closed the game with an 11-2 run to seal a 111-106 victory over Philadelphia, spoiling Butler's debut and showing it will take far more than a single shootaround walk-through for the new-look Sixers to get themselves on the same page.

There were things about Wednesday's game that were exciting for the Sixers in the long term. Joel Embiid had a triple-double, finishing with 19 points, 13 rebounds and a career-high 10 assists, including hitting Butler on a back cut for a dunk and showing good synergy with his new teammate. As a whole, Philadelphia had 32 assists on 41 made field goals -- a sign that Brown's insistence on an offense predicated on ball movement isn't going to change now that Butler has been brought into the fold.

But what will need to change is Philadelphia's late-game offense. The combination of three late-game turnovers -- offensive fouls called against Butler andJJ Redick, and Redick stepping out of bounds with 6.7 seconds left while executing a dribble handoff on the sideline with Ben Simmons-- as well as Embiid missing a wide-open 3-pointer on the left wing after a pass from Butler with 1:20 remaining, ruined any chance the Sixers had of pulling this one out.

"Obviously we didn't win," said Butler, who had 14 points, 4 rebounds and 2 assists in 33 minutes. "Not the outcome we wanted to have.

"But we've got a lot more of these things. I think we'll all be better, myself included. We've got another [game] on Friday."

It looked as if this game would have a very different outcome by the end of the third quarter, when the Sixers had opened up a double-digit lead over the Magic. But after Embiid hit a 3-pointer to make it 92-76 with 10:52 to go, Orlando went on a 21-0 run in a span of 4:09 to retake the lead.

The two teams then went back and forth, setting up precisely the scenario Butler was brought to Philadelphia to solve: bringing the Sixers home in a late, close game.

Instead, the Sixers experienced more of the same issues they've had all season.

Butler, who entered the game leading the NBA in fourth-quarter scoring with 9.0 points per game, went scoreless in the final period and took only two shots. But he did set up Mike Muscala for a 3-pointer to put Philadelphia up 104-100 with 3:32 remaining in the fourth, and he hit Embiid for the open look that would've put Philadelphia ahead if the shot had gone down.

But it didn't, and the Sixers found themselves on the wrong end of another close loss -- just as they have several other times this season.

Meanwhile, the other question surrounding the Sixers heading into this game was the status of Markelle Fultz, the No. 1 overall pick from last year who was replaced in Philadelphia's starting lineup by Butler.

Prior to Wednesday's game, Brown insisted Fultz would remain a part of the team's plans moving forward, and Brown was good to his word against the Magic. Fultz came in for Simmons in both the first and third quarters and played lengthy stints in each half -- 12 straight minutes in the first and nine in the second.

He finished the game with eight points, three rebounds and two assists in 21 minutes, but he didn't attempt a free throw after double-clutching one in the second quarter of Monday's victory in Miami -- only to later say it slipped out of his hand.

The real story, though, was Butler, who finally was wearing a different jersey after spending the past two months waiting for the Timberwolves to follow through on his request to be traded away from Minnesota.

As expected, though, this will be a work in progress. Butler, for example, touched the ball just 41 times, according to Second Spectrum tracking data -- his lowest total of the season and the sixth-most of anyone on the Sixers. No one expected Philadelphia to be a finished product after one shootaround.

"I am going to lock into it and figure it all out once they give it to me," Butler said, referring to Philadelphia's playbook. "Next game, I guarantee I will know a lot more than I did this game."

In the meantime, the Sixers will remain focused on the positives and will try to make Butler's transition to Philadelphia as quick and seamless as possible.

"I feel like, although we lost, the organization of the tiny few things we put in, put us in decent position," Brown said. "If you get three shots back instead of three turnovers, maybe we're all talking to each other after a win.

"But I see tremendous promise, and a tremendous fit from Jimmy into our system."

Neither was realized, however, in Butler's debut.

Butler makes debut in 76ers' loss
Jimmy Butler plays his first game with the 76ers, scoring 14 points in Philadelphia's 111-106 loss to the Magic. 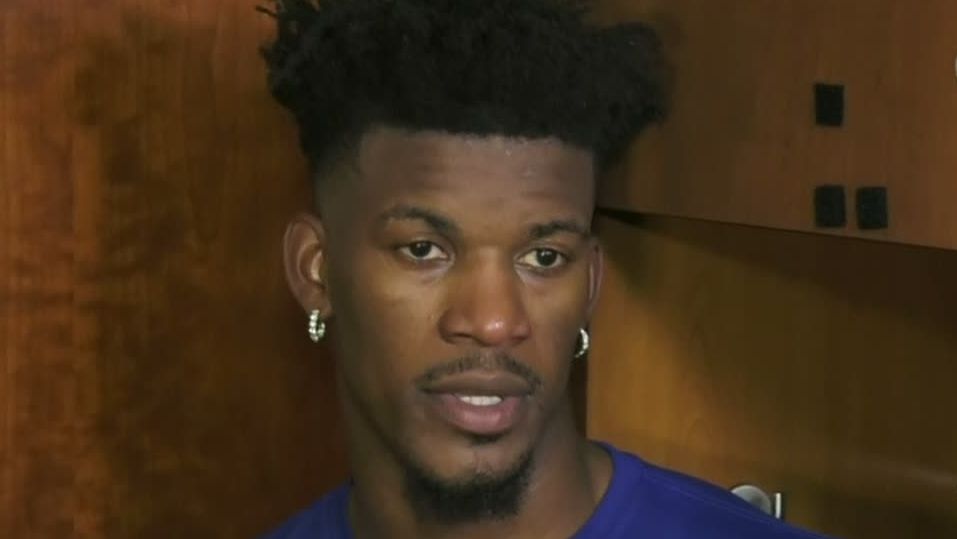