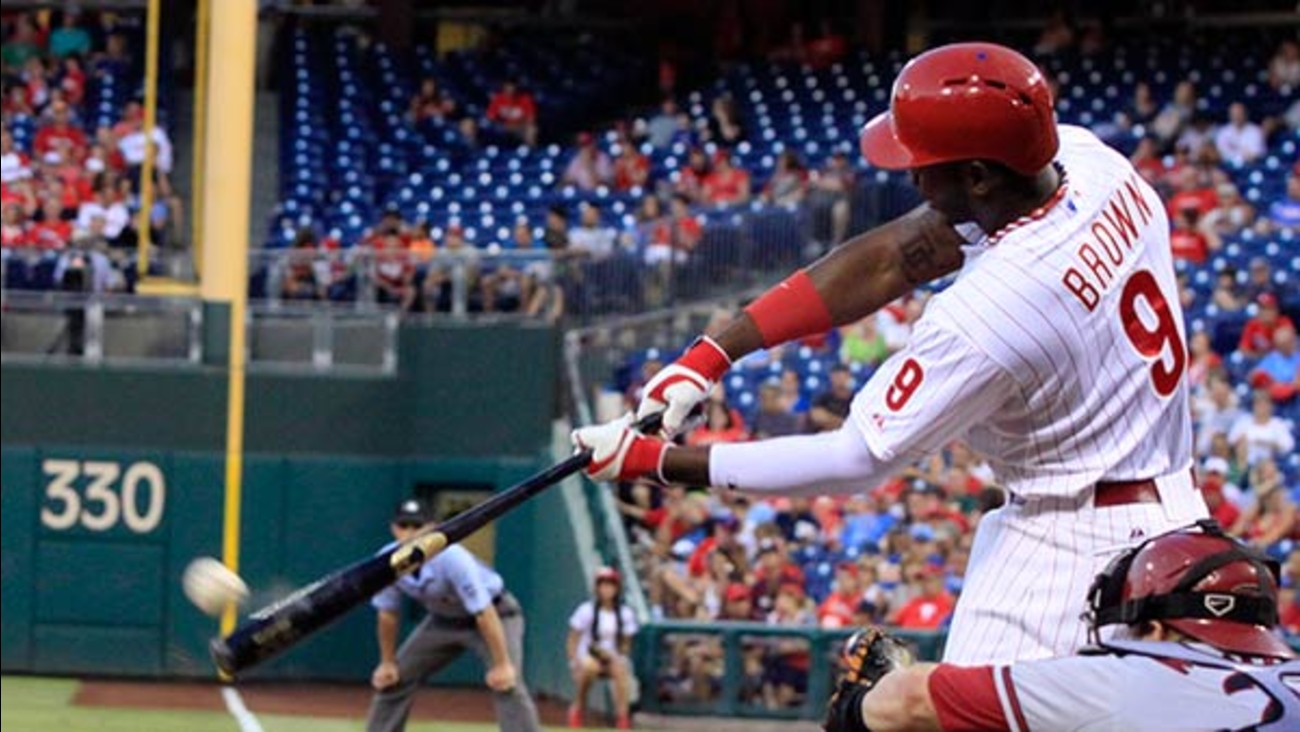 Philadelphia Phillies' Domonic Brown (9) hits a double against the Arizona Diamondbacks in the third inning of a baseball game on Friday, July 25, 2014, in Philadelphia. (AP Photo/H. Rumph Jr)

Brown hit .235 in a career-high 144 games for the Phillies last season with a career-best 22 doubles, one triple, 10 home runs and 63 RBIs. He was selected to the NL All-Star team in 2013 after hitting 27 home runs in 139 games for Philadelphia. Brown was originally selected by the Phillies in the 20th round of the 2006 amateur draft.