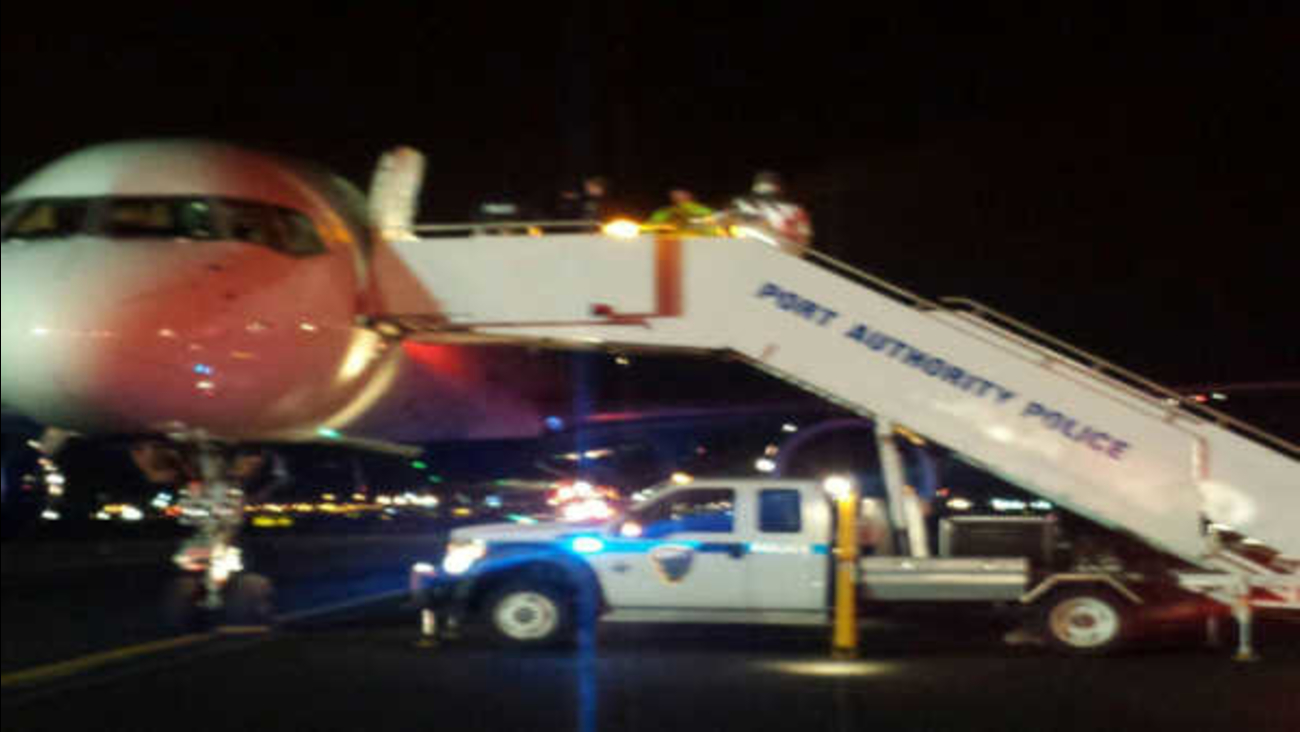 NEW YORK -- Authorities say a passenger jet at John F. Kennedy Airport was given the all clear following a bomb threat.

Pentangelo says the Boeing 757 was evacuated and taken to a remote part of the runway where it was swept and found to have no explosives.

Delta spokeswoman Lindsay McDuff said another airline received the threat regarding Flight 468 and that proper security procedures were followed.

She said Delta also currently operates a JFK to Tel Aviv flight under the same flight number and was in the process of boarding Monday night. Pentangelo says that plane also was searched and cleared.