WPVI
By Danny Clemens
BRUNSWICK, Ohio -- Police officers and bystanders came to the rescue of a deer that became entangled in a soccer net, not once but twice.

The rescue operation unfolded on the morning of Saturday, Dec. 15, in Brunswick, Ohio, a town about 25 miles southwest of Cleveland. A 911 caller reported that the deer was trapped in a net at a school near his backyard. Animal control officers were not available to respond, so the police department dispatched two officers to try and free the animal.

Neighbors helped the two responding officers, who used tree trimmers to pull the net until it was taut enough that a resident with a saw could cut it.

After the team was able to free the deer, the frightened animal turned around and ran into the other side of the net, becoming trapped once again.

The officers and resident repositioned themselves and were once again able to saw the net off of the dear, allowing the animal to run free back into the forest.

Eugene Police Department Ofc. Shawni McLaughlin rescued a fawn trapped between fence posts as though it had unsuccessfully attempted to jump over the fence. 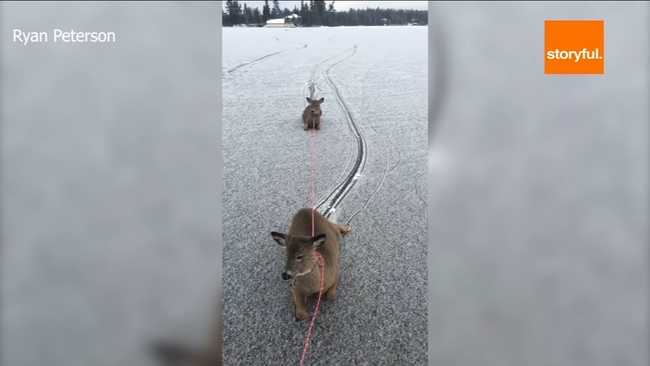 'You need to learn how to jump, boo' Georgia woman rescues deer twice 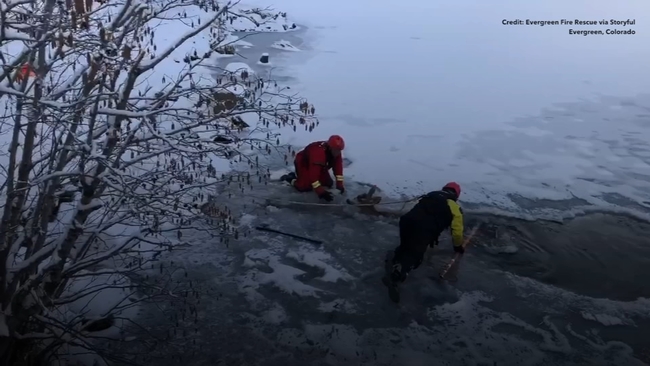 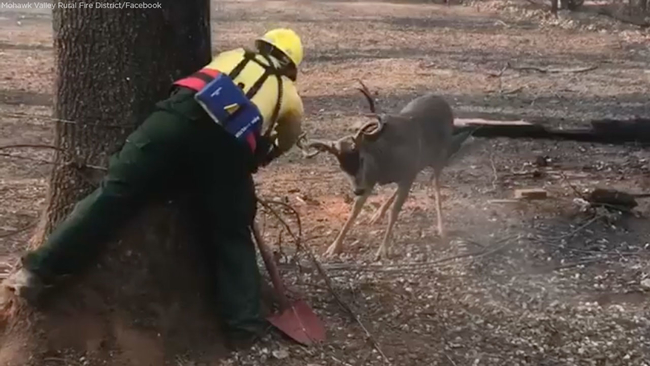