Mummer killed in South Philly crash to be laid to rest

WPVI
PHILADELPHIA (WPVI) -- A well-known Mummer who was killed in a triple-fatal crash in South Philadelphia will be laid to rest on Thursday.

Mourners paid their respects during a viewing for 31-year-old Dennis Palandro Wednesday night.

Palandro was a union electrician and member of the South Philadelphia String Band.

His wife Nicole survived the wreck, but suffered serious injuries.

Their friends, Joseph Ferry and Kelly Wisely were also killed.

In lieu of flowers, his family and friends says donations can be made in his memory to The Palandro-Ferry Memorial Foundation, P.O. Box 8696, Collingswood, NJ 08108-8696.

Police say 29-year-old Keith Campbell of Bear, Delaware, a driver in another car, stabbed himself several times before crashing into the victims' SUV at 7th Street and Packer Avenue the day after New Year's.

Witnesses told police Campbell crossed the median into opposing traffic while speeding before the collision.

Bail was set at $1.75 million for Campbell after Monday's arraignment. He was arraigned from his hospital bed.

Campbell is facing three charges of homicide by vehicle and other offenses.

Man arraigned from hospital bed in crash that killed Mummers. Watch this report from Action News at 4pm on January 7, 2019.

Last week, police in Delaware said Campbell was involved in a brief pursuit there before officers broke off the chase. 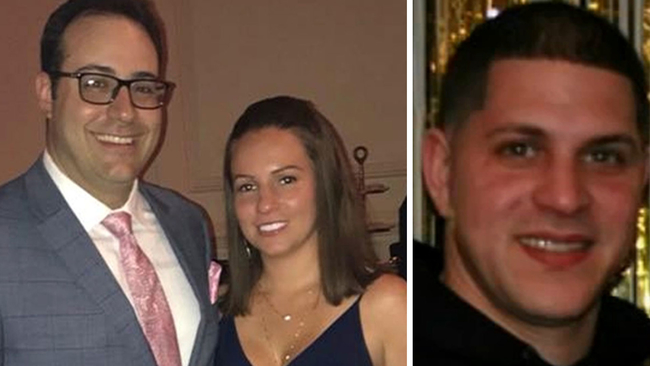