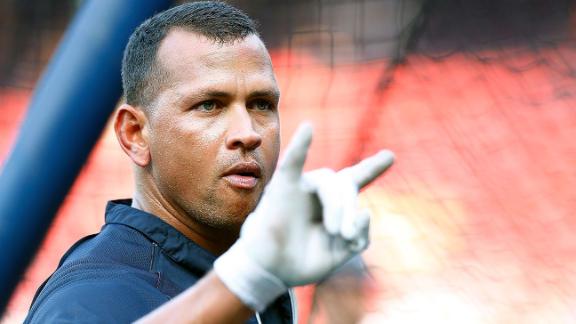 Cashman said he, assistant GM Jean Afterman and one of Rodriguez's lawyers, Jim Sharp, spoke Thursday, and Rodriguez's side requested the meeting before spring training. No date has been set yet.

If Rodriguez and the Yankees do have a meeting, it is unclear if owner Hal Steinbrenner or team president Randy Levine would be involved. Cashman did not know if they would.

Cashman first made his comments that he would meet with Rodriguez to the Boston Globe.

The Yankees would prefer that Rodriguez handle any apology news conferences prior to spring training, as not to interfere with camp, a source said. Yankees pitchers and catchers are due to report in two weeks, on Feb. 20.

In prior years, Rodriguez would hold his state of the season news conference in a large tent outside of Steinbrenner Field in Tampa. The tent was reserved for Joe Girardi's opening news conferences and Derek Jeter's first address.

It appears the Yankees may not make that courtesy for Rodriguez and, instead, may want him to hold his own gathering for the media. Rodriguez has not made many comments since his year-long suspension for performance-enhancing drug use. He was quoted in ESPN The Magazine talking about Jeter, and last month, he had a brief statement in the New York Post.

During the Biogenesis case, Rodriguez's relationship with the Yankees and MLB became very strained with leaks and accusations from all sides.

Rodriguez, who will turn 40 in July, is owed $61 million over the next three seasons. If he hits six more home runs, he will tie Willie Mays for fourth on the all-time list, which would make him eligible for a $6 million bonus.

Sources say the Yankees plan on contesting the bonus, saying they should be voided because Rodriguez's steroid use has made the accomplishment worthless.

The Yankees signed Chase Headley to start at third base. Rodriguez could be the designated hitter, while the Yankees will give him the opportunity to earn more playing time.