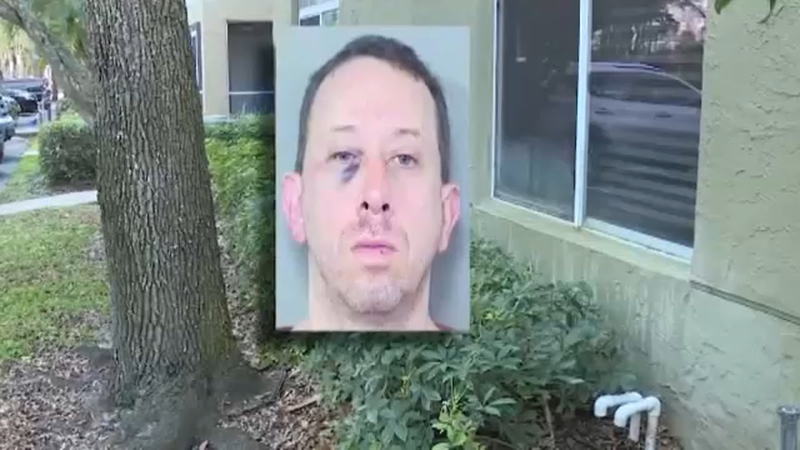 WELLINGTON, Fla. -- Police say a former NFL player beat a man after catching him outside his 14-year-old daughter's window.

Former cornerback Tony Beckham told Palm Beach County sheriff's officers he was walking to his car on Monday when he saw the man with his hands in his pants, which were down. His daughter had just gotten out of the shower and was dressing.

The Miami Herald reports Beckham chased after and tackled the man, who was bloodied and bruised when police arrived.

"I caught him and we just had a good conversation," said Beckham. "He's never gonna do that again on this side of town."

Geoffrey Cassidy told officers his car had broken down and he was waiting in the bushes for it to cool down. He refused to say where the vehicle was.

The 48-year-old was charged with lewd and lascivious exhibition.

Beckham played for the Tennessee Titans and the Detroit Lions.

Information from: The Miami Herald, http://www.herald.com