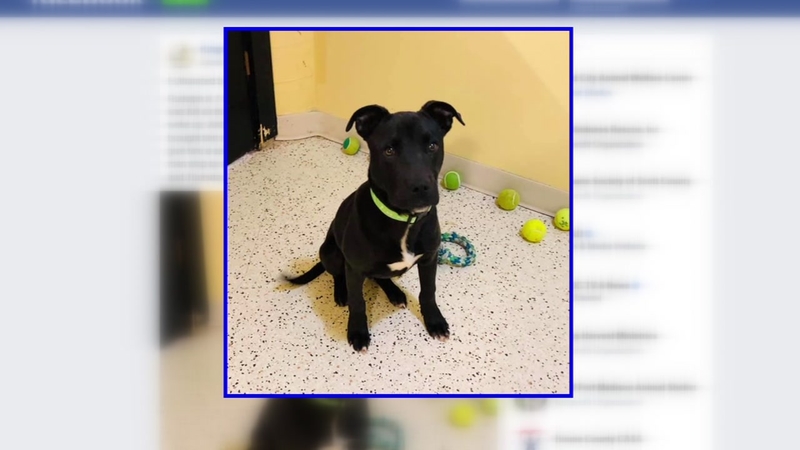 DAVENPORT, Iowa (WPVI) -- Rudolph has been dubbed the miracle puppy, and it's hard to argue with that nickname -- that's because he survived after being injected with euthanasia drugs.

WTVD-TV reports, Rudolph, a 7- or 8-month-old Labrador retriever-American pit bull mix, was set to be put down because of overcrowding at an animal shelter in Oklahoma.

According to King's Harvest Pet Rescue No Kill Shelter, the veterinarian returned after injecting the drugs, and Rudolph was still alive.

The animal shelter in Davenport, Iowa, then took the pup in after the incident.

"He was at (a) shelter that was full so the vet euthanized him," the rescue wrote on Facebook. "But God had a different plan because he woke up. And thank goodness the vet said he wouldn't do it again."

After a few days in their care and many applications later, Rudolph had found a forever home.

"It was a tough decision with so many wonderful applications but Rudolph fell in love with this young man and the feeling was mutual," another Facebook post read.