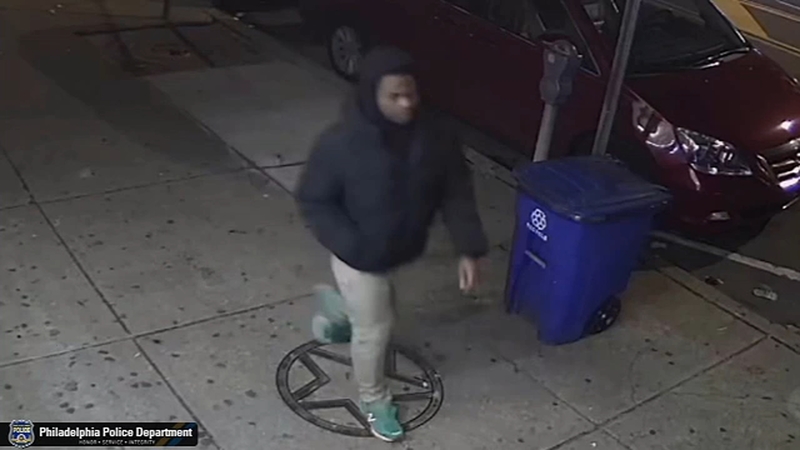 PHILADELPHIA (WPVI) -- Police on Thursday released video of the man they say shot an attorney in West Philadelphia.

They say he's an armed robber who has been targeting victims along the busy 52nd Street corridor.

The first attack happened back on February 28 at 52nd and Ranstead at 7 p.m.

The second and third cases happened on the same night, March 4th.

It happened as Hill was walking home from work at the offices of Ballard Spahr.

The newly released video shows the suspect stalking Hill as he turned onto Hazel Street from 52nd.
In an exclusive interview from his hospital bed shortly after it happened, Hill told Action News he felt someone charging up to him.

Spencer Hill said, "I got maybe three fourths down the block and I heard somebody charging behind me and turned around ready to fight. When I turned around the person froze. He shot me and ran away. I saw a muzzle flash and felt pain. I wasn't sure I was actually shot."

At a news conference Thursday police told us they need more help in trying to figure out who this suspect is.

Lt. James Kearney said, "I think with this case, Mr. Hill being such a model citizen and member of the community, we've had some tips. But we need more, more information."

As for Hill, his colleagues at the law office say he's getting better.
Ballard Spahr's Mark Stewart said, "He hopes to be cleared to come back to work next week."