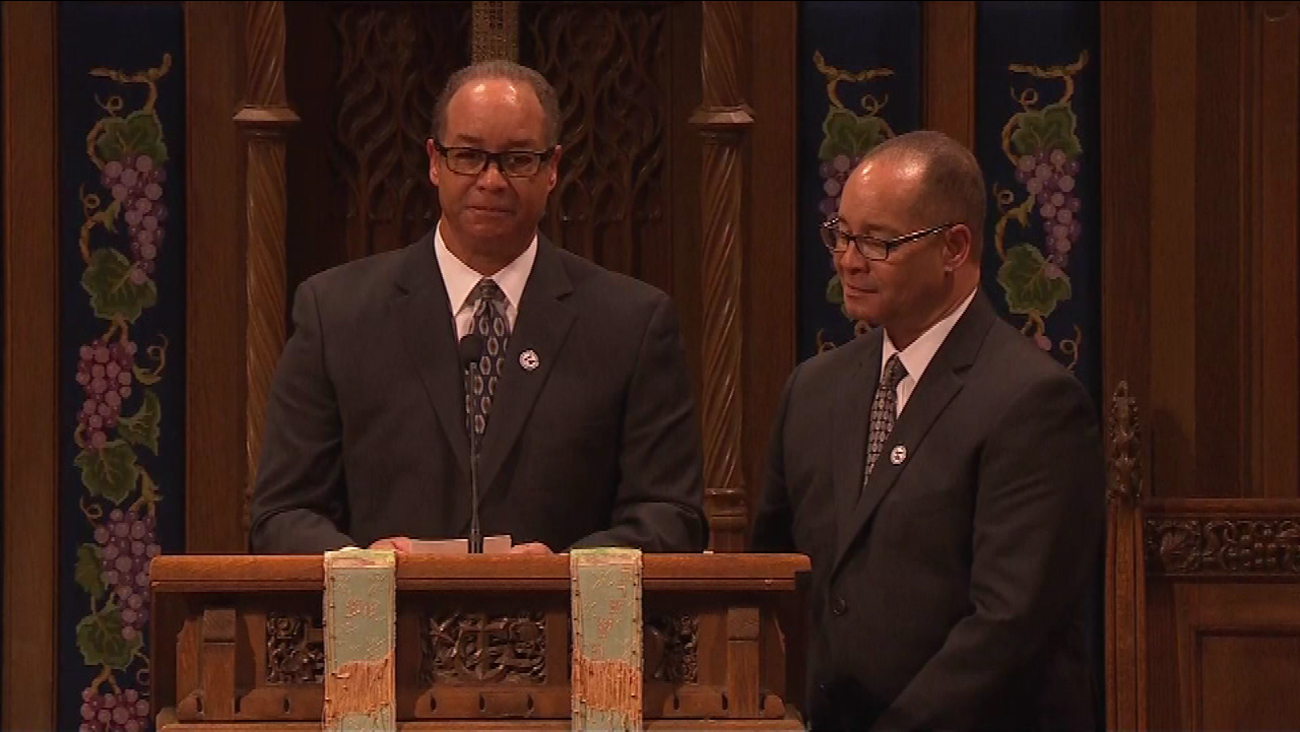 Joey and Jerry banks, the twin sons of Ernie Banks, speak during his memorial service. 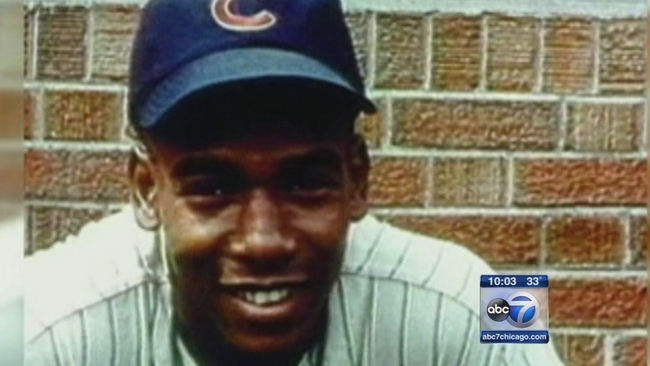