U.S. Marine surprises his nephew at school in Montgomery County 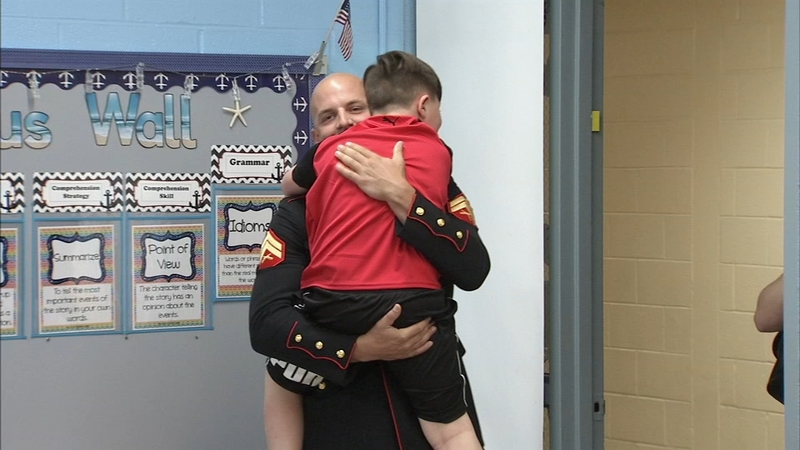 U.S. Marine surprises his nephew at school in Montgomery County

TV cameras were present Tuesday, but the kids thought it was to record them taking part in a fitness program.

The real reason, however, was more heartwarming.

"It's nice. It's really exciting. He and I have a really close-knit relationship as an uncle. And I just like to be a good role model for him in a world where it's kind of hard to find one," said Dolan.

And when Dolan knocked on the classroom door, Dante received a big surprise.

After an emotional hug, Corporal Dolan read Dante and his classmates a story about Marines and even took a few questions.

We asked Dante, how surprised he was on a scale of one to ten. He said, "Ten."

"I thought I would be a little bit more prepared. I wasn't sure I was ready for that overwhelming opening the door, but it certainly meant a lot. Certainly felt good," added Dolan.

Dante's mother Shannon Christy of Hatboro, Pa. said it was difficult to keep a secret from her son.

"That's why he said 'you knew this!' Because we're a family of honesty and so I had to keep it, but it was so worth it. It was so worth it to see all that," said Christy.