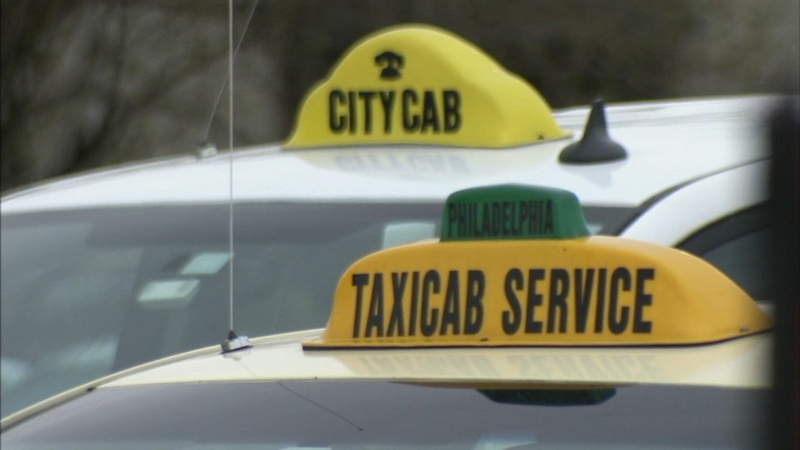 PHILADELPHIA (WPVI) -- The president of the Taxi Workers Alliance of Pennsylvania said cab drivers who regularly pick up and drop off customers at the Philadelphia International Airport voted overwhelmingly Tuesday to strike next week if work-related issues are not resolved.

The Alliance members are upset over the airport's plan to move cabs from a hold lot on Island Avenue. As many as 160 cabs can stay there until they are dispatched to a second lot closer to the airport's terminals.

Cabbies say they have utilized the airport-owned lot for 20 years.

During long waits drivers can park and socialize. There is a lunch truck and a trailer based mosque that was purchased by drivers.

Drivers say they were upset when they received an April 5 letter informing them they would have to vacate the space by May 1.

The letter said the airport wants the space to park airport vehicles.

Airport officials and the Taxi Workers Alliance are due to meet next Monday to discuss their differences.

Alliance President Ron Blount said, "Hopefully this matter can be resolved nicely for the people. If not we have no choice but to stop working this is our survival"

In the April 5 letter, the city promised the drivers an automatic dispatch system that benefit the drivers and presumably eliminated the need for the hold lot.

Drivers remain skeptical pointing out they must exit the hold lot in a few weeks but they are being told the app-based automatic dispatch system may not be ready until December.

Blount hopes the issue can be resolved.

This afternoon the airport put out a statement pulling back from the controversial May deadline.