Here's how Bryce Harper is doing with the Phillies so far 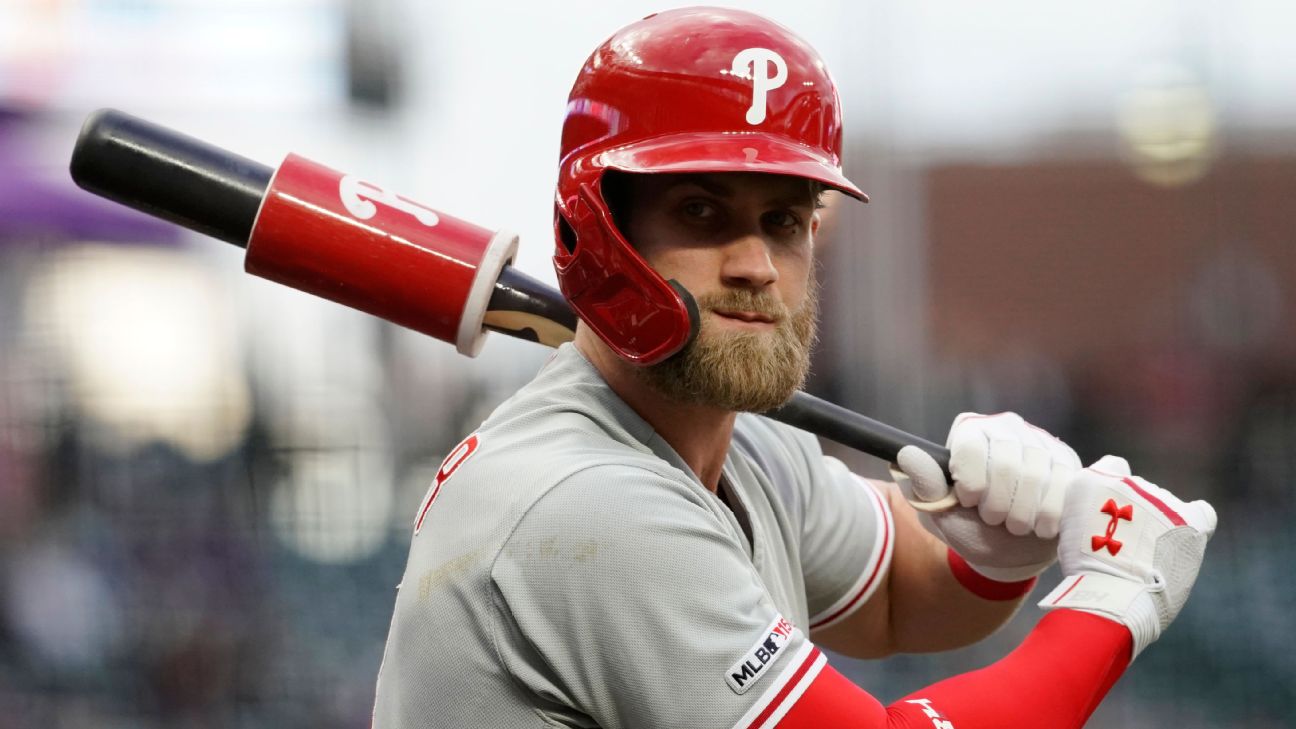 Bryce Harper has played the first 21 games of his Phillies career -- out of a possible 2,106 regular-season games, assuming the length of the schedule doesn't change between now and 2031. That's 1 percent of the potential games he might play, not including what the Phillies hope will be many additional games in the postseason.

With the Phillies and Mets appearing on ESPN on Monday and Wednesday this week, let's take stock of the early returns on that first 1 percent.

Harper is off to a good start at the plate

The basic numbers are excellent: He's hitting .278/.418/.544 with five home runs, 14 RBIs and 14 runs. He's tied with teammate Andrew McCutchen for the most walks in the National League with 18 (four of those intentional). I'm sure the Phillies would take this production the rest of the season. Over 162 games, those numbers prorate to 39 home runs and 108 RBIs and runs.

Of course, Harper almost always gets off to a hot start. He had a strong April last year, but then struggled in May and hit rock bottom in June, when he hit .188 with two home runs. Over his career, April has been by far his best month:

Even this year, Harper homered three times in the Phillies' first four games and has hit just .222/.347/.381 with two home runs over the past 16 games (and that included a five-hit game Friday against the Rockies). So the question is how well he sustains his production over 162 games and if he avoids some of the injuries and inconsistency that have plagued him at times.

Note that walk and strikeout rates for batters stabilize much earlier than other stats, so this is a bit of an alarming trend. Harper's BABIP is .362, nearly the same as the .369 mark he had in 2015 when he hit .330. He hit .249 last year, in part because his BABIP was just .289. If he continues striking out 27 percent of the time, he's going to need a high average on balls in play to maintain a .278 average.

Where are the strikeouts coming from? Another red flag: He continues to swing and miss at a lot of fastballs. Check out his history versus fastballs and sinkers:

His overall swing-and-miss rate against all pitches this year is 38.2 percent, well above his five-year average of 27.7 percent. Among 194 qualified batters, it's the seventh-highest swing-and-miss rate. His production against fastballs is still very good, but his ability to catch up to good heat will be a key to his season-long production, and it seems fair to assume high strikeout totals might be a permanent part of his game. He's definitely more likeJoey Gallo than Mike Trout (who has the second-lowest swing-and-miss rate so far). The good thing is Harper has maintained his high walk rate. Pitchers obviously respect him and he has one of the lowest in-zone rates of any batter -- just 42.6 percent, 13th-lowest. And many of those with a lower rate are free swingers such asJavier Baez or Eddie Rosario.

The other positives: Via Statcast, his average exit velocity is up slightly from last year and matches his 2015 figure. His hard-hit percentage is up slightly as well. His launch angle is way down, so if he fixes that, we should see more balls flying out of parks.

The early returns on his defense

Harper's defensive metrics were extremely poor in 2018 and not just because of the 59 games he started in center field. He has been a little better so far, with minus-2 defensive runs saved. Over 1,200 innings, that projects to minus-12 DRS, compared to his rate of minus-22 over 1,200 innings last year in right field. Let's give him a little more time to adjust to a new park and a new pitching staff before drawing any conclusions, but the early returns suggest he's going to remain a below-average fielder.

The Phillies are in first place

The additions of Harper, McCutchen, J.T. Realmuto and Jean Segura were expected to improve the offense in a big way and that has happened so far. The Phillies are averaging 5.52 runs per game, second in the NL behind the Dodgers' 5.67. That's a huge leap from last year's 4.18 for Philly and has helped cover for the slow starts in the rotation from Aaron Nola (6.84 ERA through five starts) and Nick Pivetta (sent down to the minors after a 8.36 ERA in four starts).

The Phillies have played 12 home games and averaged 38,019 in attendance per game so far -- a big increase over last year's 26,644 per game. That average should only go up once the weather improves and as the Phillies remain in the thick of the NL East race.

The Phillies have a good chance to make a little run over the next 10 days. They'll miss both Jacob deGrom and Noah Syndergaard in the Mets series and then head home for six games against the Marlins and Tigers. The schedule will get tougher in May, with two series against both the Brewers and Cardinals, a four-game series at Wrigley, and series against the Nationals and Rockies.

By then, Harper will be two months into his Phillies career and we'll have a better idea of where he stands -- and whether he's on the same level as Christian Yelich and Cody Bellinger as a potential MVP candidate. 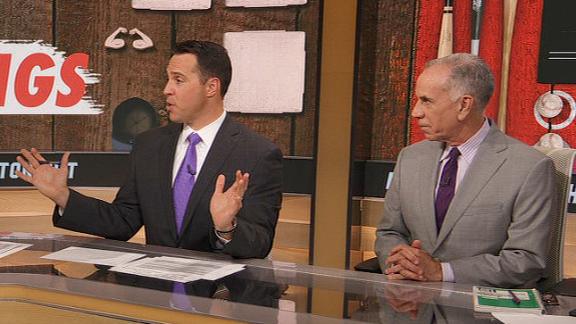