It's Close Out Time for the Sixers 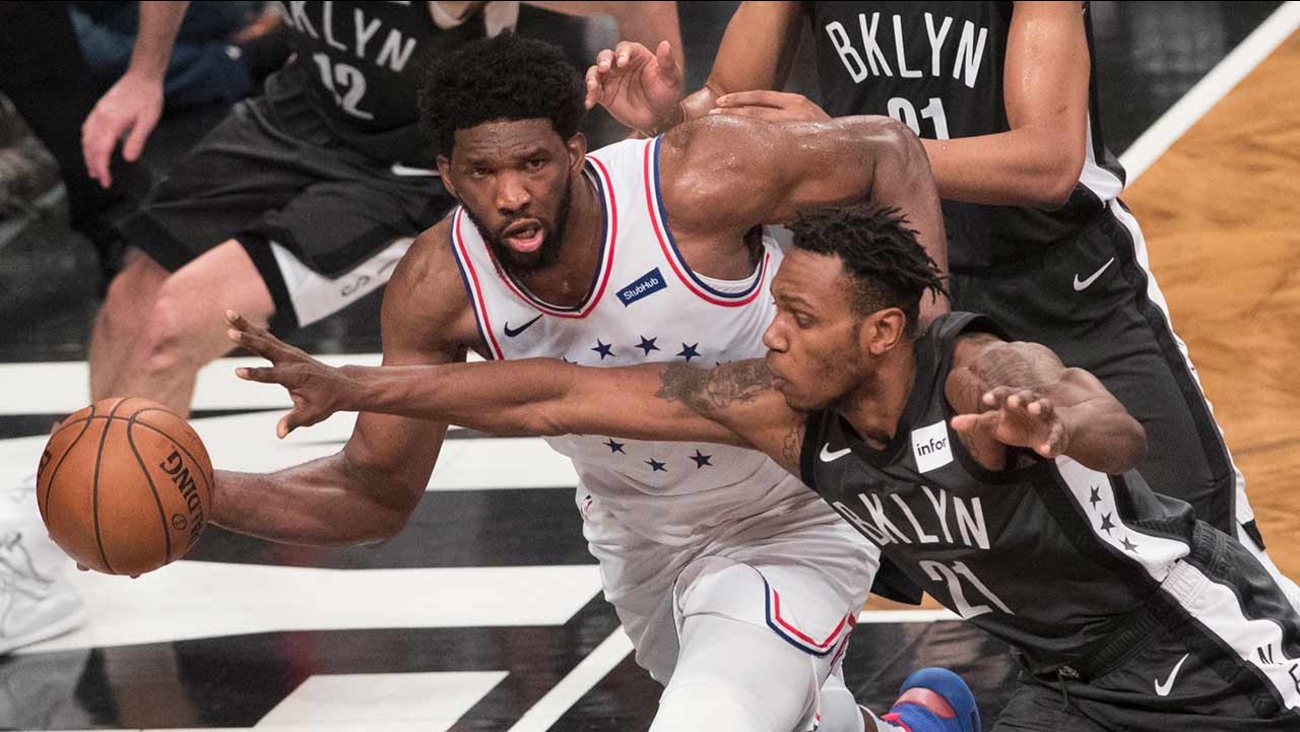 PHILADELPHIA (WPVI) -- The Sixers are hoping to live up to their hashtag tonight.... #HereTheyCome.

Game 5 is their chance to close out this series and head on to the second round of the playoffs.

Joel Embiid is listed as probable tonight. He had been a gametime decision in the first four games of this series, missing Game 3 which the Sixers won without him in Brooklyn.

In Game 4, the sore knee did nothing to stop the Big Man from having one of the biggest games of all time.

His 31 points, 16 rebounds, seven assists, and six blocks were the best stat line in the playoffs since Kareem Abdul Jabbar, more than 45 years ago.

Embiid told me this week it was all that pushing and shoving that pushed him! When Jimmy Butler was ejected, it sparked him to take matters into his own hands, and the result was a 112-108 win, bringing the series back to Philadelphia with the Sixers owning a three games to one advantage.

Now, the last thing they want is to send this thing back to Brooklyn for a Game six, so their mission is to end it tonight.

It won't be easy.

For one thing, it's hard to beat any team four straight times. But add to that, the Nets are really salty about the officiating.

Even their GM was fined for his comments after Game 4 that Embiid wasn't issued a Flagrant 2 for his hard foul that led to the brawl that everyone is still talking about.

You can bet they're gonna try to get Embiid to lose his cool tonight.

Should he get two more Flagrant Fouls, or one Flagrant 2, he'll be suspended.

All fans in attendance tonight will find a #PhilaUnite car flag at their seats, hopefully to be used to wave goodbye to the Nets, and send the Sixers on to the second round.