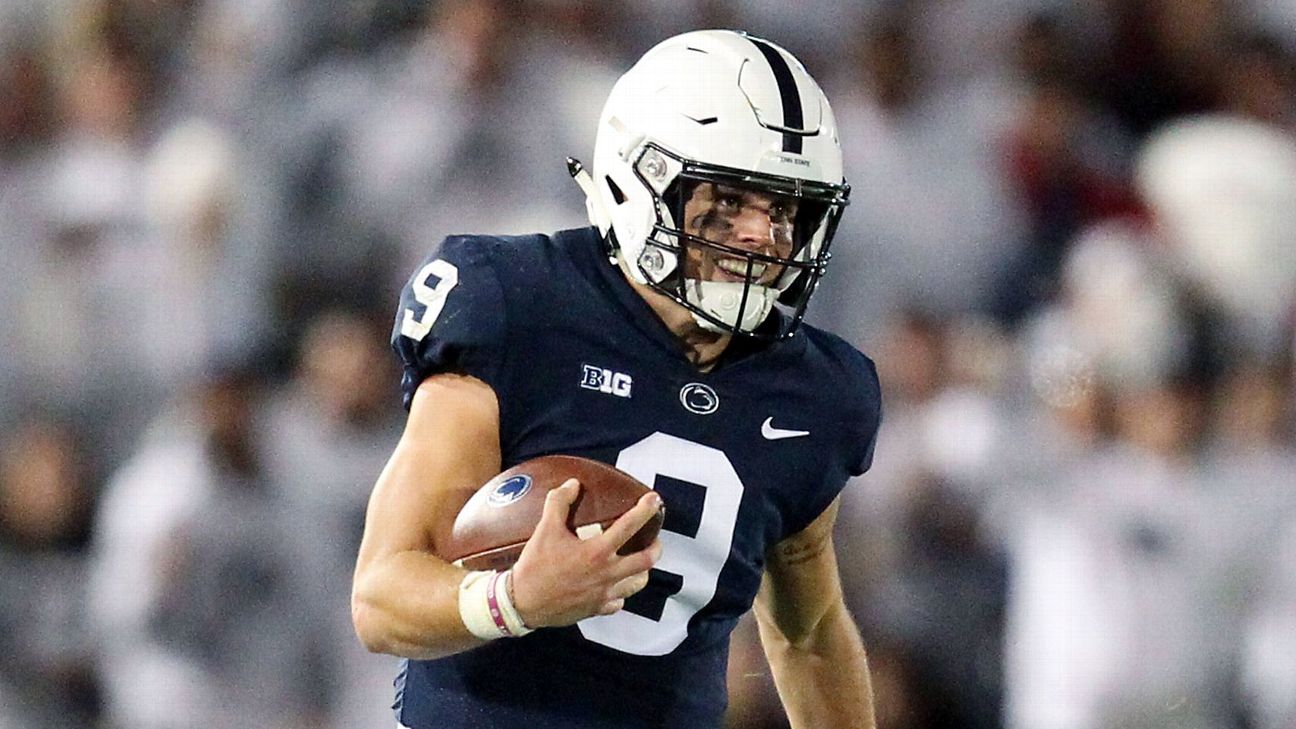 ESPN
By Jamison Hensley
OWINGS MILLS, Md. -- The Baltimore Ravens drafted their No. 3 quarterback and perhaps the next Taysom Hill.

The Ravens used their final pick of the 2019 draft on Penn State's Trace McSorley, selecting the dual-threat quarterback in the sixth round Saturday. While Baltimore sees McSorley as a quarterback first, the Nittany Lions' all-time leading passer might have to play different roles, as Hill did last season for the New Orleans Saints.

"You saw what the Saints have done down there with their third quarterback," Ravens coach John Harbaugh said. "That's something we'll have a chance to do, too, with Trace. He's going to be able to play special teams as well. The more you can do. You want players with roles, and he's a guy that has a chance to have a big role for us."

Last season, Hill proved to be the NFL's most versatile weapon. He lined up as a read-option quarterback, running back, receiver, tight end, kickoff returner and special-teams coverage specialist.

McSorley, who was the fastest quarterback at the NFL scouting combine, might have to excel in a do-it-all role to make the Ravens' 53-man roster behind signal-callers Lamar Jackson and Robert Griffin III. Baltimore has carried three quarterbacks in the regular season only once in the past nine seasons.

"My main thing is I feel I can be a quarterback, and that's my goal coming in is to compete and play the quarterback position," McSorley said during a conference call. "But I also know I can do some other things given the opportunity. I'm ready to go in and do anything the coaches ask me to do. I know I can do a lot of different things on the football field to make a team successful."

McSorley finished as the career record-holder at Penn State for wins (31), completions (720), passing yards (9,899), touchdown passes (77) as well as rushing yards (1,697) and rushing touchdowns (30) by a quarterback. His style should mesh with the offense the Ravens are building around Jackson.

But there has been skepticism whether McSorley can play quarterback in the NFL because of his lack of size (6 feet) and inconsistency throwing the ball (59.2 percent for his college career). Some teams were interested in seeing if McSorley could play safety, which is what he played in high school. McSorley declined to work out as a defensive back at the combine because he wanted to concentrate on playing quarterback.

Asked what his reaction would be if the Ravens asked him to play special teams, McSorley said, "The focus [of his talks with the Ravens] was at quarterback, and at the quarterback position is what they feel I can do. If I'm in a backup role, being one of those guys that can maybe do a couple other things ... those are the things that I can be able to come in and provide help and provide support for the organization."

The Ravens brought in McSorley for their local pro day and were impressed with his workout. He threw the ball well in the pocket and on the move, showing a live arm.

"We fell in love with the kid," DeCosta said of the 197th overall selection. "We brought him in as a quarterback but we think his skill set really does fit what we're trying to accomplish on offense. And he's got potential to do some other things, too."
Report a correction or typo
Related topics:
sportsespnnflbaltimore ravensnfl drafttaysom hillpenn state nittany lions
Copyright © 2020 ESPN Internet Ventures. All rights reserved.
More Videos
From CNN Newsource affiliates
TOP STORIES