2 Swarthmore College fraternities will disband after leak of documents 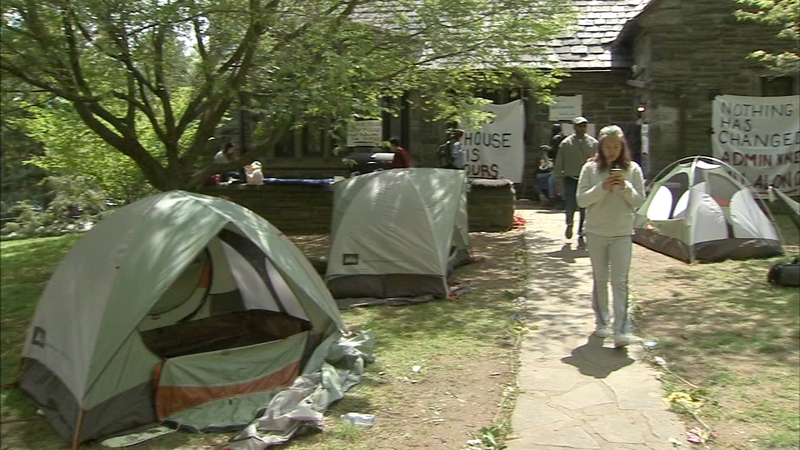 The frats each said the decisions to disband were unanimous.

We, the brothers of Phi Psi Fraternity, seek to address the harm caused to the community, including but not limited to the release of unofficial Phi Psi documents from 2013 and 2014. The content of the documents released is unacceptable, and we understand the long-term impact of the documents on our fraternity's culture as a toxic element that cannot continue to exist on Swarthmore's campus. At 8:00 PM tonight, April 30th, the brothers unanimously voted to dissolve Phi Psi fraternity on Swarthmore's campus following a week of deliberation. As we said in our earlier statement, the current members were in high school and middle school at the time of the writing of these documents. We were appalled and disgusted by the content of these minutes, which led us to question our affiliation with an organization whose former members could write such heinous statements. We cannot in good conscience be members of an organization with such a painful history. Since the start of our membership, we made it our mission to improve the culture and perception of Phi Psi. Unfortunately, the wounds are too deep to repair, and the best course of action for all those involved is to disband the fraternity completely and give up the fraternity house. We condemn sexual violence, racism, homophobia, misogyny, and discrimination in all of its forms, and we will continue as individuals to work to create a campus where these issues are eradicated completely. We hope that our decision will help the campus achieve transformative justice for those who have been harmed and promote institutional healing.

The Brothers of Phi Psi Fraternity"

"Over the last few weeks, Swarthmore Delta Upsilon has listened to the concerns and feelings of the campus community. After much discussion, the members of Delta Upsilon have unanimously decided that disbanding our fraternity is in the best interest of the Swarthmore community. We hope that our former house will provide a space that is inclusive, safe, and promotes healing."


A student sit-in against the organizations started in light of information published by two campus publications.

Earlier this month, The Phoenix and Voices released internal Phi Psi documents from 2012 to 2016 that they say were anonymously leaked. The redacted documents included jokes about sexual assault; derogatory comments about women, minorities and the LGBT community; videos and photos of sexual encounters where all parties may not have known they were being recorded - and even referenced a "rape attic."

In response to the frats' decisions, Swarthmore College President Valerie Smith shared this message with the campus community:

"Earlier tonight, we learned separately from both Phi Psi and Delta Upsilon fraternities that they each decided to disband and relinquish their houses. We respect these students' decision to take this action, and we appreciate their strong condemnation of behavior described in the 2013-16 materials that have recently come to light. Regardless of their decisions, the work related to the Task Force on Student Social Events and Community Standards will continue as planned and as we have articulated.

Still, as a community, we have much healing to do.

We have heard heartbreaking stories from students who feel unwelcome to the point of wanting to transfer out of our community. Those stories have come from across the spectrum of our student body-from student protesters to fraternity members.

Stories such as these reflect our failure to realize the values we so often espouse.

Genuine, systemic, and lasting change must be based upon a foundation of truth and facts.

At this time, we have no evidence that any current student participated in the behaviors documented in those materials. An external investigator will still analyze the documents to confirm whether this is the case.

Without question, those materials provide a vivid account of deeply disturbing, unacceptable behaviors and practices. They have brought deep pain to our community, and they are antithetical to all that our community values. They also serve as a reminder that Swarthmore is not immune from the systemic problems that exist throughout society.

We remain committed to fully investigating any allegations of sexual misconduct and violations of the student code of conduct that we receive from students or any member of the community. If you have information about an assault or other inappropriate behavior, please report it so we can investigate.

I look forward to continuing the process of self-reflection, growth, and healing together."

The school's only sorority functions as a community organization and does not have an on-campus house like the two fraternities.

Swarthmore is home to about 1,600 students.