WPVI
PHILADELPHIA (WPVI) -- Police said a 71-year-old woman drove through the front window of the Rainbow store in South Philadelphia and critically injured a teenager.

Family identifies teen run over by 71-year-old driver. Christie Ileto reports during Action News at 10 p.m. on May 27, 2019.

It happened Monday afternoon in the 2400 block of South 24th Street.

Video shows the dramatic moments the driver accidentally crashed into the storefront after hitting four pedestrians.

Surveillance video shows the red Kia Sportage turn towards the handicap spots in front of the Rainbow store at 24th and Shunk streets.

Instead of slowing down, Philadelphia police said the driver accidentally hit the gas as she was trying to park and pulled right into the store, dragging a 16-year-old boy under her car and pinning him underneath.

"He was just shopping with his friends, but he was sitting outside the door," said the cousin of the victim Saliz Rai. 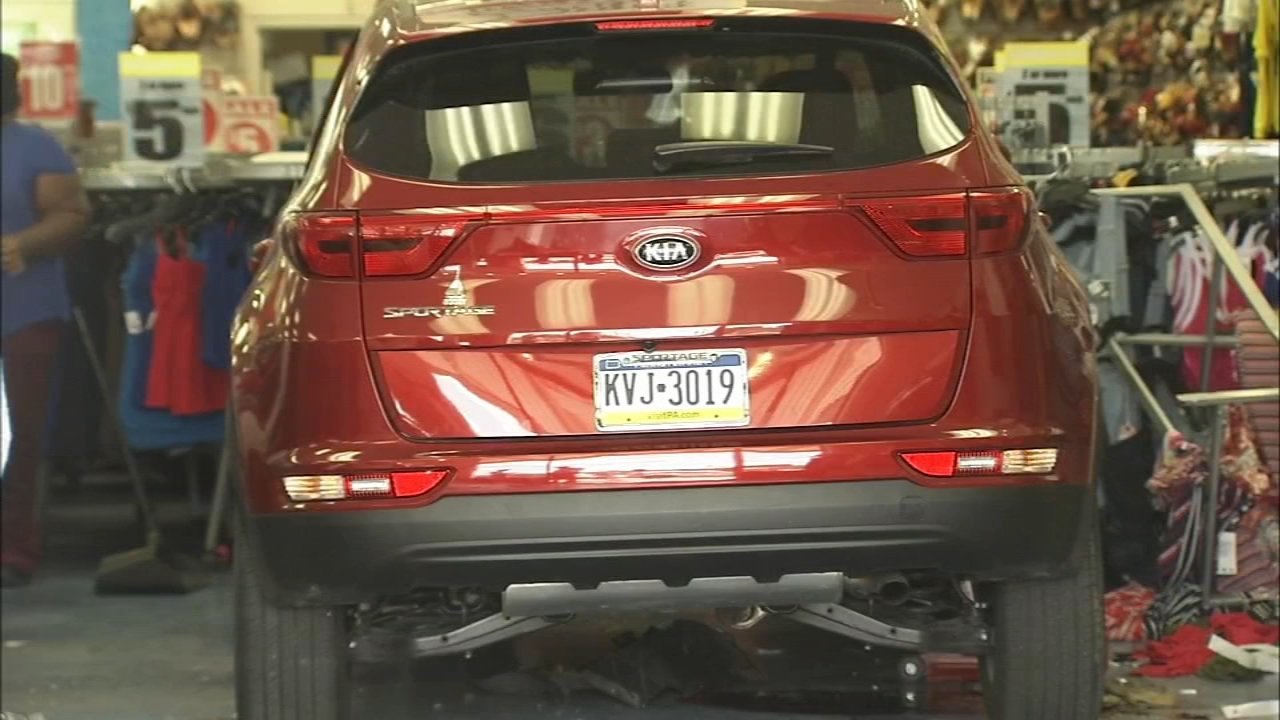 Family identifies teen run over by 71-year-old driver. Christie Ileto reports during Action News at 10 p.m. on May 27, 2019.

She spoke to Action News outside of Children's Hospital of Philadelphia as the entire family waited for news on Mani's condition.

"The car just came and his friend tried to take him, like save him, but the car was too fast and he couldn't," she said.

"I looked inside the store and I see this red car, but I don't see the kid," said witness Daniel Garcia. "I'm like where's the kid at, and all of a sudden the kid was under the car, and all you hear is him moaning."

Several people injured after SUV crashes into store. Chopper 6 over the scene on May 27, 2019.

Three other people including two teens were also injured and taken to Children's Hospital.

A 57-year-old woman was transported with neck and back pain to Methodist Hospital.

It's not clear how fast the 71-year-old was going when she crashed and hit Mani, nor what caused her to mistake the accelerator for brakes, but she stayed on the scene until emergency responders arrived.

"We all pray for him and I hope he's going to get better," said Saliz. "It's too hard because she's kind of old. For me, I have no bad feelings for her because the police officer said she tried to like stop it, but she accidentally pumped the gas."

Several people injured after SUV crashes into store. Katie Katro reports during Action News at 6 p.m. on May 27, 2019