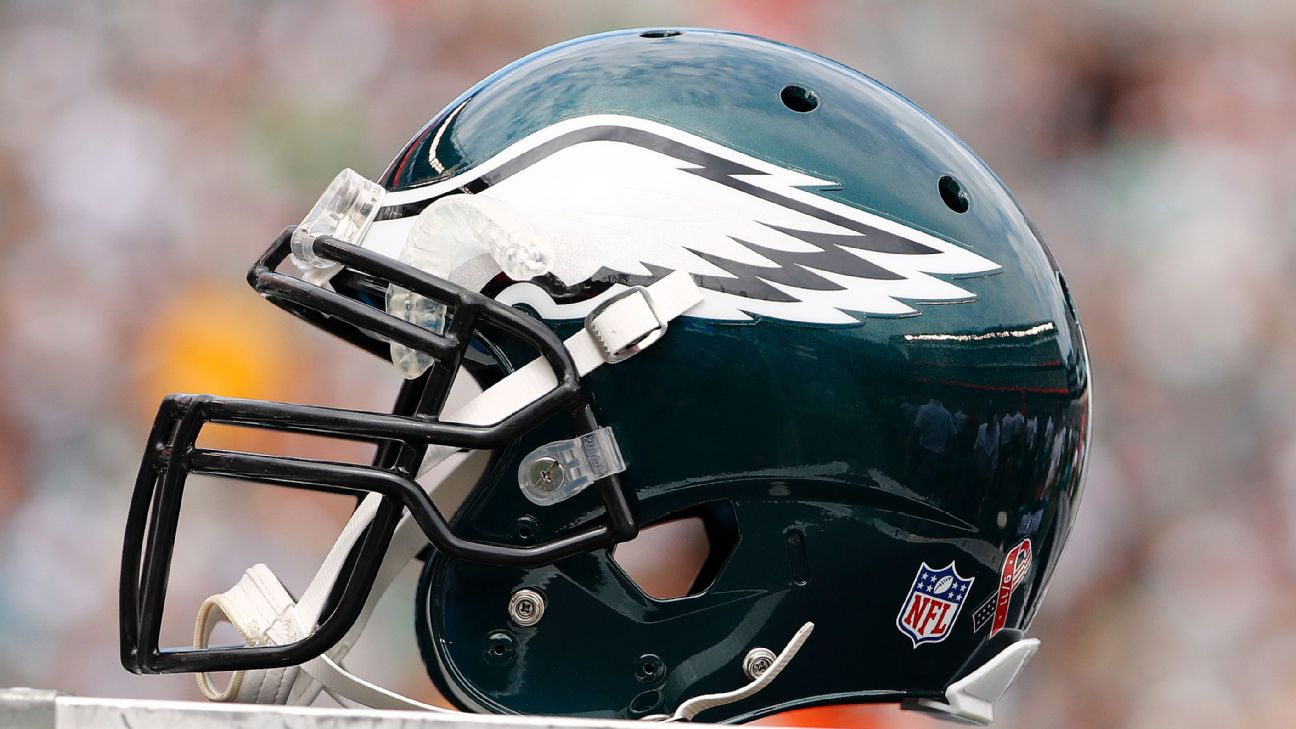 PHILADELPHIA -- The Philadelphia Eagles are making changes at the top of their medical staff for the second straight season, following a rocky year on the injury front.

Arsh Dhanota, the medical director of non-operative sports medicine at Penn Medicine, has been named chief medical officer, according to league sources. In this newly created position, he will oversee the entire medical staff and be responsible for streamlining communication throughout all departments.

Meanwhile, the team is parting ways with head team physician and head internist Stephen A. Stache, who was in that role for just one year.

The Eagles significantly altered their medical and training staff following their Super Bowl run in 2017, parting with head internist Gary Dorshimer, head physician Peter DeLuca and head trainer Chris Peduzzi, all of whom had been with the team for close to two decades. Stache and Christopher Dodson replaced Dorshimer and DeLuca, while Jerome Reid, formerly the assistant athletic director of the Tennessee Titans, took over for Peduzzi.

The Eagles had more than a 50% increase in the number of regular-season games lost to injury in 2018, according to the Philadelphia Inquirer. The revamped staff came under public scrutiny as questions surrounding injuries to high-profile members of the Eagles cropped up. There was a perception problem among some players in the locker room when it came to the medical team as the season went along, sources said, one that the addition of Dhanota could help fix.

The split with Stache was described as amicable, as the team viewed his as in an interim role while they looked to fill the position of full-time medical director -- now occupied by Dhanota. There has been no indication from the Eagles that the revamping was related to what others described as a lack of full trust between some players and the medical staff.

There was no shortage of injury questions around key players that haven't been fully explained. Quarterback Carson Wentz was shut down in December after a stress fracture was discovered in his back via a CT scan. Wentz began developing symptoms in early October and was placed on the injury report with a "back" designation. It's not uncommon for symptoms to precede the detection of a fracture on a scan, medical sources said. Both Wentz and coach Doug Pederson have stated that it's an injury that evolved over time.

"I'm confident in the medical staff," Wentz said at the close of the season. "The conversations have been great. We've done our due diligence within our staff and then just exploring, getting opinions from everybody so everyone's on the same page. The open lines of communication have been great in there."

Other players remained sidelined for longer than anticipated, including running back Darren Sproles, who had multiple setbacks during his comeback from a hamstring injury and missed 10 weeks in all. Wide receiver Mack Hollins was out the entire 2018 campaign after what Pederson described as a "minor setback" in his recovery from offseason sports hernia surgery before the regular-season opener against the Atlanta Falcons. He is still on the mend and has been unable to practice with the team this spring. Same for cornerback Jalen Mills, who has been on the shelf since suffering a foot injury Week 8 in London against the Jacksonville Jaguars.

Coming off an extended postseason run, the Eagles had 19 players placed on the injured reserve and physically unable to perform lists in 2018, up from 12 the year prior.

"I think when you look at our IR list, there are a lot of good players on that list. There is no doubt about it. We have to study, we have to figure out ways to continue to get healthier and to keep our players on the field," said Eagles executive vice president of football operations Howie Roseman, who oversees the medical staff, in January. "It's something that we don't take for granted and something that we want to improve on because we know that it affects our record, it affects the bottom line of it. Certainly, they would have helped [during the Eagles' playoff loss] in New Orleans. It's something that we're going to take a long look at and study and try to get better at."

Asked specifically about the changes to the medical staff following the title run in 2017, Roseman backed the new additions, saying, "We have to allow them to grow in their jobs and continue to show faith in them, because we do have faith in them."
Report a correction or typo
Related topics:
sportsespnnflphiladelphia eagles
Copyright © 2020 ESPN Internet Ventures. All rights reserved.
More Videos
From CNN Newsource affiliates
TOP STORIES