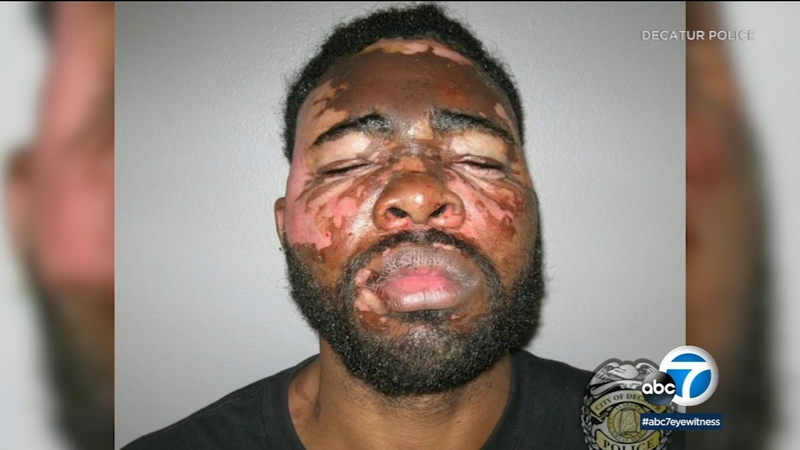 DECATUR, Alabama -- An Alabama woman fended off an armed intruder by throwing a pot of scalding hot grease at him, resulting in significant burns to his face, authorities said.

The incident occurred Aug. 1 in Decatur, according to that city's Police Department, whose officers responded to a report of domestic dispute at a home.

There the officers contacted Larondrick Macklin, who was transported to a hospital with facial injuries.

An investigation indicated that Macklin was the "primary aggressor" in the altercation, and had entered the victim's home armed with a firearm, police said. The woman defended herself with a pot of hot grease.

Authorities later released a booking photo of Macklin, who was charged with first-degree burglary and domestic violence.