Union back atop East after huge win over Atlanta 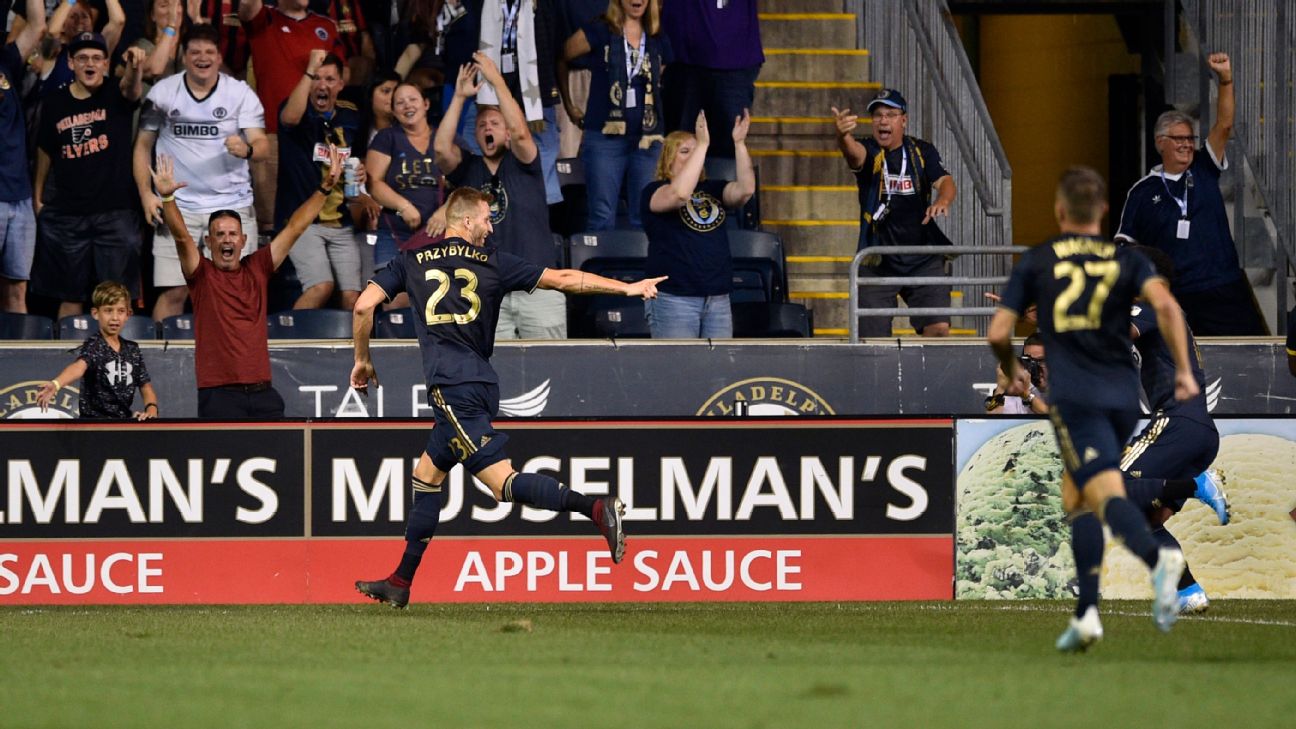 Kacper Przybylko and Sergio Santos scored late goals Saturday and the Philadelphia Union rallied to defeat Atlanta United 3-1 and move into sole possession of first place in the Eastern Conference.

Przybylko scored the go-ahead goal in the 86th minute, off of an assist from Santos, and Santos delivered his own score two minutes later for the Union (15-8-6, 51 points).

Atlanta United (15-10-3, 48 points) got a goal from Josef Martinez, extending his MLS goal-scoring record to 13 consecutive games. But Martinez injured his left knee on a shot in the 80th minute and was ineffective the rest of the way.

Philadelphia won for the fourth time in their past five games and earned a victory and an early-season tie against defending champion Atlanta United. It was the Union's first-ever victory over Atlanta United.

Atlanta United saw its five-game MLS winning streak come to an end. The club had also won seven of its last eight games before falling Saturday.

Atlanta United took a 1-0 lead in first-half stoppage time when Martinez extended his goal-scoring streak. The reigning MLS MVP worked a give-and-go with Darlington Nagbe, getting around goalkeeper Andre Blake to score.

The Union tied the game in the 61st minute when Brenden Aaronson took a long pass from Haris Medunjanin following an Atlanta United turnover at midfield and scored past goalkeeper Brad Guzan. It was Aaronson's third of the season.

Przybylko, whose contract extension was picked up by the Union during the week, showed exactly why his team has so much confidence in him when he crushed a left-footed shot in traffic for his 13th goal of the season.

Santos, who came on a substitute in the 77th minute, delivered the insurance goal just 11 minutes later, his fourth of the season.

Atlanta United lost Saturday just four days after winning the final of the U.S. Open Cup with a victory over Minnesota United FC. 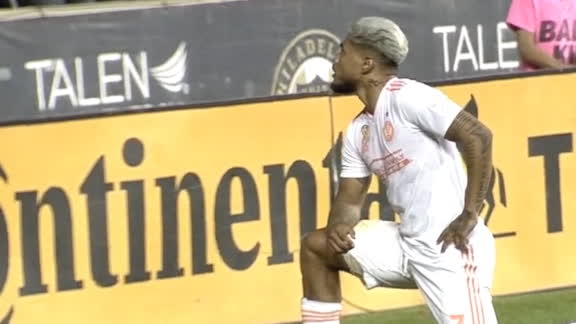 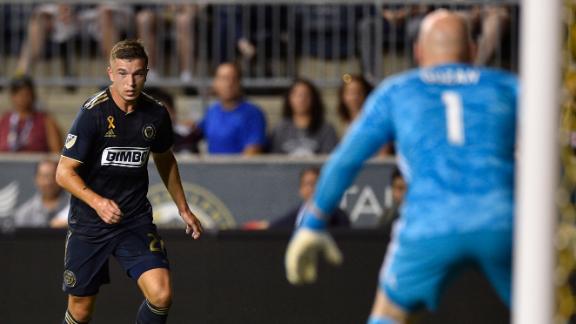