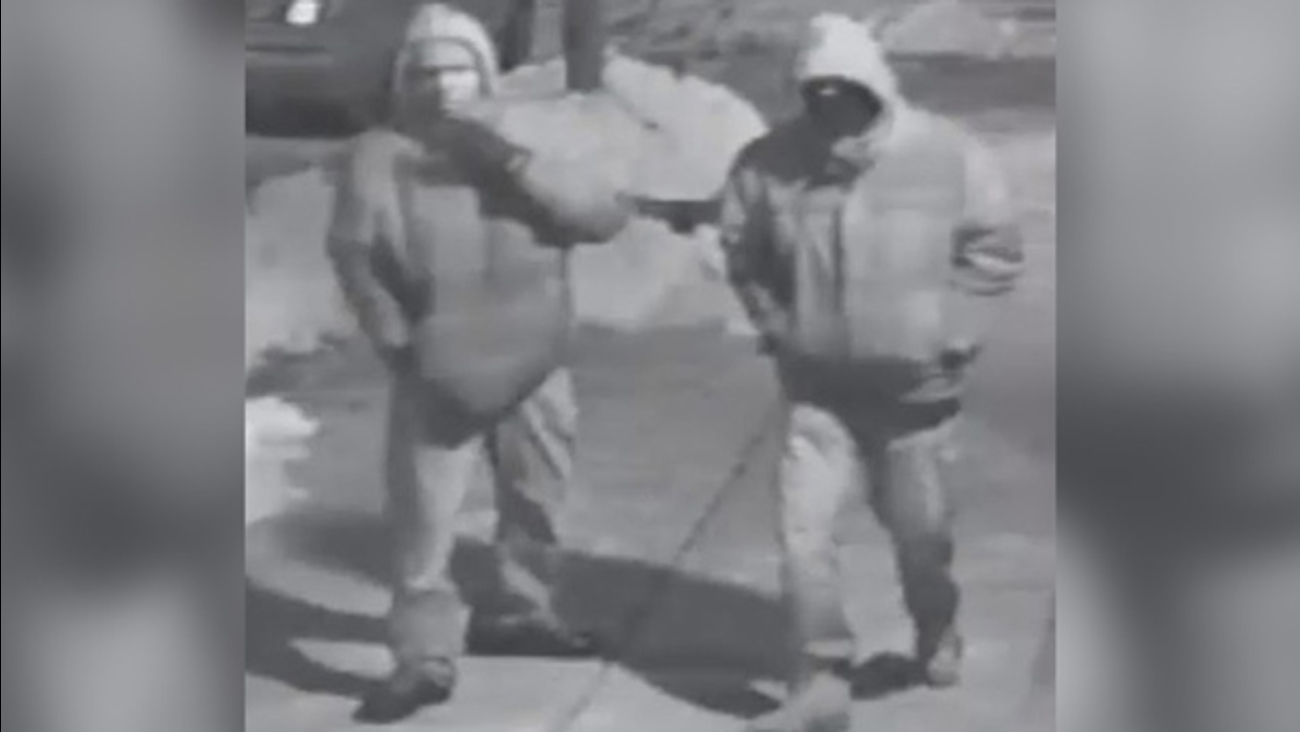 The first incident occurred at 11:15 p.m on February 2nd at Elzina bar on the 5600 block of Master Street.

Police say the two suspects, one armed with a handgun, entered the bar and ordered everyone to the ground.

One of the suspects then jumped over the bar and demanded the 44-year-old female employee to open the cash register.

When the employee opened the register, the second suspect took an undetermined amount of money from the register, as well as a wallet and cell phone from two patrons who were on the floor.

The suspects then fled the bar.

The second incident occurred on March 7th at 12:20 a.m. at Vincent's Pizza located on the 6400 block of Lansdowne Avenue.

Police say one suspect entered the pizza shop armed with a handgun, while the second remained outside.

After taking money from the cash register, both suspects fled in an unknown direction.

The third incident also occurred on March 7th at 1:07 a.m. at the Jim's Steaks located on the 400 block of North 62nd Street.

As in the previous incident, they ordered everyone to the ground and stole an undetermined amount money from the register before fleeing.

No injuries were reported during any of the robberies.

The suspects are described as two black males, 18 to 25 years-of-age, 6'-6'1, thin to medium build, wearing dark colored hooded jackets with hooded sweatshirt underneath and the hoods up, and masks covering their faces.