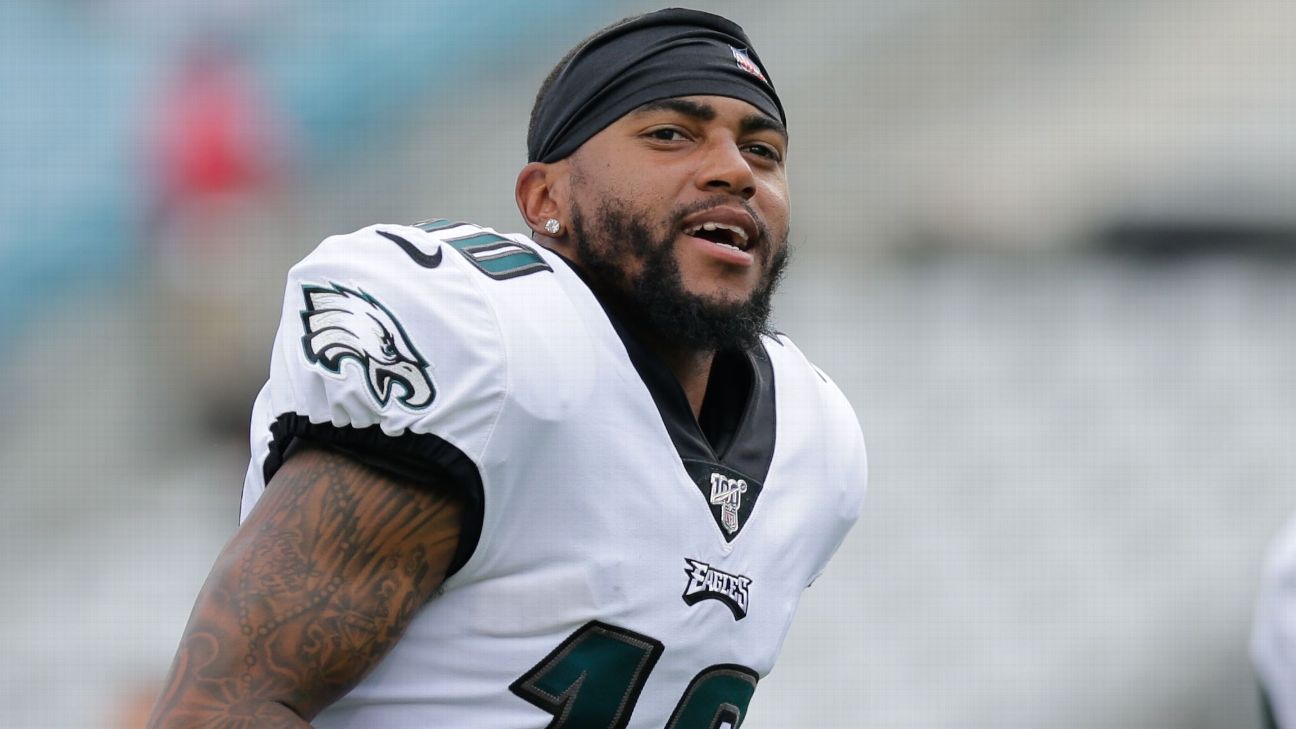 PHILADELPHIA -- ThePhiladelphia Eagleswere hit hard by an avalanche of injuries in Sunday night's 24-20 loss to the Atlanta Falcons.

Jackson walked with a slight limp as he left the locker room after the game. Jeffery declined to talk but nodded when asked if he would be OK.

Defensive tackle Tim Jernigan left the stadium in a walking boot after suffering a foot injury in the first half. He had replaced Malik Jackson in the starting lineup after Jackson had a season-ending foot injury Week 1 against the Washington Redskins. Of all the injuries that occurred Sunday, Jernigan's might be the most significant.

Quarterback Carson Wentz was evaluated for a concussion late in the first half and left the game briefly before being cleared to return. Wentz took issue with the process, as several minutes passed between when the previous series ended and when he was called to go into the blue medical tent for evaluation, forcing him to miss some snaps.

"Honestly, that was super-frustrating," he said. "I came to the sideline and I was sitting there for about five minutes, and then they called down to go look at that. To me, that's something they've got to figure out. ... I think the league needs to look at that."

Wentz shook off a dismal first start to rally the team in the second half, and finished with two touchdowns (one passing, one rushing) and two interceptions. His completion to Zach Ertz on fourth-and-8 deep in Falcons' territory in the closing seconds was just short of the sticks, ending Philadelphia's comeback bid.

Center Jason Kelce and receiver Nelson Agholor were also evaluated in the medical tent but returned to play.

"When Nelson got hurt at the end of the half, we had two receivers and one tight end [available], and we put [offensive lineman Halapoulivaati Vaitai] as the extra tight end," said Ertz, who was dealing with sore ribs postgame. "It's just part of the game. There's only 46 guys that dress. Obviously, it's not ideal. I wish there was 53 guys that dressed. But it is what it is."