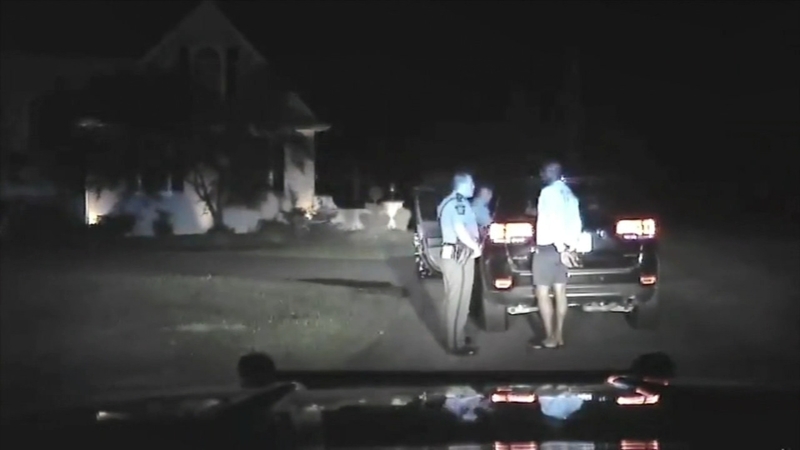 CHADDS FORD, Pennsylvania (WPVI) -- After an internal investigation, the Pennsylvania State Police have dismissed the complaint filed by Rodney Gillespie, 52, claiming racial-profiling by troopers who pulled him over on July 8 in Chadds Ford.

"The complaint of bias-based profiling was not sustained," reads the statement released by state police Friday.

PSP also released a 25-minute dash-cam video of the incident that show police following a dark colored SUV on Baltimore Pike and as it turns onto windy road. When police notice the vehicle cross the yellow center lines, a trooper turns on the siren. The SUV continues traveling for one minute until it turns into a driveway of a home owned by Gillespie.

After troopers order Gillespie from his car, Gillespie responds, "y'all kill black people I don't want to get killed."

The video shows Gillespie cooperating as police handcuff him and search his car. In the video, Trooper Christopher Johnson dismissed Gillespie's concern for his safety.

"I don't want to hear that black nonsense," said Johnson.

"Bro, you see what's happening on the news?" asked Gillespie.

"I also see what happens when people run from me," Johnson said.

On Friday, Gillespie expresses frustration and disappointment after learning through news media that state police dismissed his racial profiling complaint. His attorney, Sam Stretton said the state police need to be policed.

"Almost every complaint of racial bias or discrimination (against the Pennsylvania State Police) has been dismissed. They don't even keep records, one of the few departments in the nations that doesn't keep records of the race of people they stop," said Stretton.

Gillespie isn't giving up his fight. He intends to sue the department to force change within the ranks.

"This has never been about me. It's about making sure it doesn't happen to others," said Gillespie.