WASHINGTON -- Bryce Harper appeared in the visiting clubhouse just as reporters were told it was time to leave, so his thoughts on the Philadelphia Phillies officially getting eliminated from playoff contention with a loss to his former club would need to wait.

Harper, the $330 million right fielder and ex-Nationals star, was booed each time he strode to the plate, then heard cheers after each out he made in a 1-for-4 performance, as Philadelphia was beaten 4-1 byWashingtonin a doubleheader opener Tuesday.

"We've felt some sting already," Phillies manager Gabe Kapler said about his 79-77 club, which entered Tuesday in third place and 16 games behind first-place Atlanta in the NL East. "I think we're going to continue to feel some sting."

Anthony Rendon drove in Washington's first two runs with a pair of sacrifice flies to raise his major league-leading RBI total to 124, and the Nationals moved closer to clinching an NL wild-card berth.

By day's end, Washington could be assured of returning to the playoffs for the fifth time in eight years after sitting out in 2018. To clinch, the Nationals needed a sweep of Philadelphia plus a loss by the Chicago Cubs at Pittsburgh.

It's quite a turnaround from a terrible start that put the Nationals at 19-31 in May and had folks calling for manager Dave Martinez to lose his job.

"We knew nothing was going to be won or lost in the first five months," said shortstop Trea Turner, who had three hits, "and now we're in a good spot."

It was a bullpen day for the Phillies, and Washington's first hit didn't come until Turner led off the fourth with a double off the visitors' third pitcher. Turner took third on a sacrifice bunt, then came home on a tying fly by Rendon.

Washington took a 2-1 lead in the sixth thanks again to a flyball by Rendon, this one off Nick Vincent (1-4) and caught by Harper in right. Turner reached on an infield single and moved to third on Adam Eaton's double.

"I've said this all year long and I'll keep saying it: For me, Rendon is the MVP," manager Dave Martinez said. "What he means to this organization, this city, our lineup, is tremendous. He's earned all the accolades he's going to get."

Tanner Rainey (2-3) struck out two in a 1-2-3 sixth, and Daniel Hudson threw a perfect ninth for his fourth save in six chances with Washington.

The day game was a makeup of a June 18 rainout. Three-time Cy Young Award winner Max Scherzer was scheduled to start the night game for Washington and Aaron Nola for Philadelphia.

Martinez gave his strongest indication yet that Scherzer would start Game 163 if the Nationals do, indeed, qualify for the wild-card playoff on Oct. 1.

"If you look at the schedule right now, that's Max's day," Martinez said, "and he's one of the best."

The Phillies, meanwhile, were left pondering a wasted season and thinking ahead to what might come next.

Asked about his future as the skipper, Kapler replied: "There's going to be plenty of opportunity to reflect. I love this organization. I love this team, specifically. I love working for this front office. I love working for this ownership group. I'm going to manage this club as long as I can, because I think I give us a great chance to win and I care deeply about the success of this franchise." 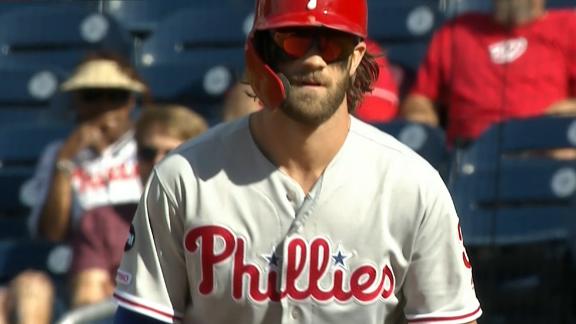 Nats fans give standing ovation after Harper grounds out
Nationals fans cheer after Bryce Harper's groundout to cap off a 1-for-4 game as well as the Phillies being eliminated from playoff contention. 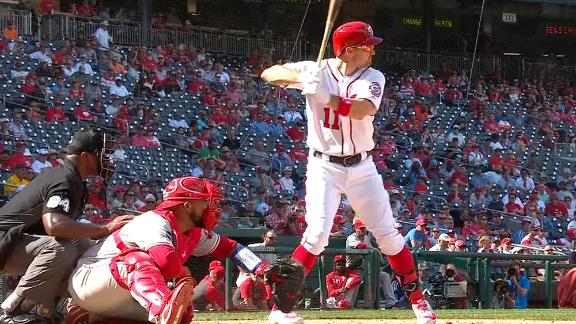 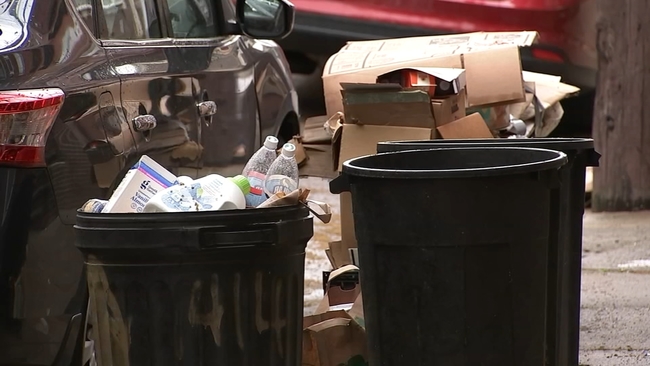