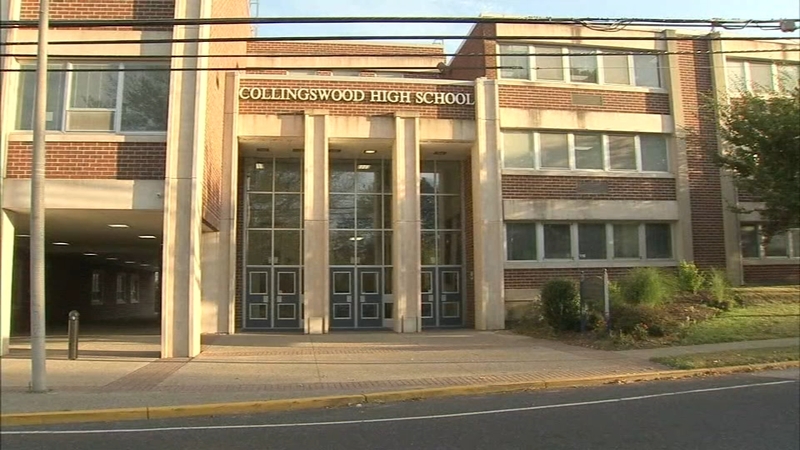 COLLINGSWOOD, New Jersey (WPVI) -- A 15-year-old Collingswood High School Student remains in police custody on Friday night after a gun was discovered in his backpack while in class.

According to a memo sent home to parents from the school's principal, a group of students reported to a counselor that they believed a student had a gun.

When officials checked the student's possessions, a gun was found.

Police were immediately notified and the student was taken into custody, Principal Matthew Genna said.

"The Collingswood High School staff and administration prides themselves on developing and maintaining trusting relationships with students and would like to thank the students who came forward with this information," the note said.

The teen was charged with possession of a weapon for an unlawful purpose and other related charges, according to authorities.

During a Friday night football game, there was a heavy presence of Collingswood police.

"We were in a shelter in place for 10 minutes and we didn't know there was a gun until they sent a letter home to parents," said senior Samantha Gurcsik.

"From what I do know, I do feel a little scared just because it's frightening to have something like that actually happen.," said fellow senior Bri Albano.

"It's kinda crazy someone could think about doing that. I don't know what it was for," said Michael Cruz, a junior.
Parents commended quick actions by police and the students who reported their suspicions.

Linda Hansbury-Smith has two students in the school district, one in high school.

"I thought they handled it well and my credit goes out to the kids who went to the school & were the real heroes who alerted the school to it too," she said.

The school and authorities did not release information about the student who brought the gun, but other students who know him said they were surprised.

"I think I'd feel differently if this was a kid I was scared of, but this kid is a non-threatening kid, not disrespectful to teachers," said Gurcsik.