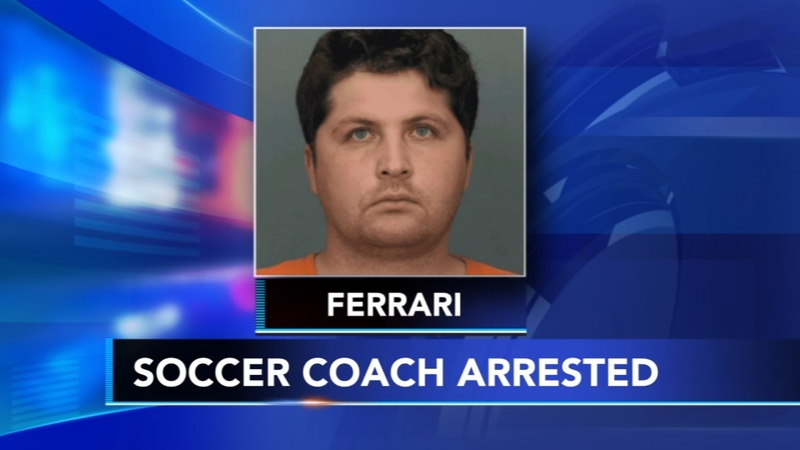 WOODBURY, New Jersey (WPVI) -- A New Jersey youth soccer coach is facing multiple sex-related charges after authorities say he sent and requested explicit images from some of his players.

Christopher Ferrari, 24, of Oaklyn, has been charged with manufacturing child pornography and multiple counts of endangering the welfare of a child, according to Gloucester County officials.

Investigators say Ferrari sent and requested explicit images via social media to underage boys he met through the South Jersey Elite Baron's Soccer Youth Program, where he was a coach.

The youth soccer group has been cooperative in assisting with the investigation, authorities said.

"We get multiple calls a week. Many cases like these are occurring on a much too frequent basis," said Fiore.

The prosecutor is taking this opportunity to encourage parents to become increasingly aware of the children's online activity including their passcodes. Fiore says he is routinely amazed how often that is not the case.

"You hear that when our detectives are investigating cases. Did we have access to their Internet or the computers? They say we can't get in because the parents say it's password-protected. And that's just something that in my mind it's something just unbelievable and not acceptable," Fiore said.

If anyone believes their child may be a victim of Ferrari's they are asked to contact Lieutenant Stacie Lick of the Gloucester County Prosecutor's Office Special Victims Unit at 856-384-5608.
Report a correction or typo
Related topics:
woodburygloucester countychild pornographysoccersex crime
Copyright © 2021 WPVI-TV. All Rights Reserved.
More Videos
From CNN Newsource affiliates
TOP STORIES