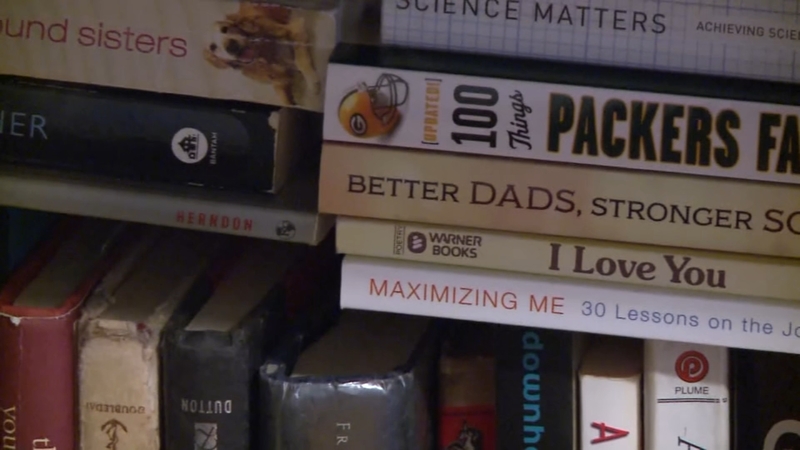 CHARLOTTE, Michigan -- It's one thing to find out you owe a library fine for a late book return, but one Michigan woman found out there was a warrant for her arrest.

"I really don't think that going to jail over those two books is okay, and I definitely didn't want to steal their property," says Melinda Sanders-Jones.

The mother of five didn't even know she had the books still until she visited the library a few months back, WILX reports.

She was told she couldn't use the printer until she returned them, so Sanders called her fiance at the time to check their son's bookshelf, and sure enough, they were there.

Sanders went home to grab the books and returned them to the library.

She assumed she would get a notice about the late fees.

"I assumed that they had sent it to collections and that I would see it on my report or something like that. I had no idea that criminal charges were going to be pressed," Sanders says.

She didn't even know there was a warrant for her arrest until her boss called her after doing a background check that she needed for a promotion.

"My boss called me on Tuesday to inform me that I had a warrant and I had to pull over because I started laughing and he was like 'no, I'm serious.' And I was like, no, there's no way I have a warrant," says Sanders.

The Charlotte Library says while they can't comment on individual cases, late notices go out after a few weeks, a month, three months and again at four months.

However, Sanders says she never got them because she was moving a lot while trying to get out of an abusive relationship.

"Any mail that was there, I didn't get. I ended up in the Siren Shelter that's here in Charlotte that helps with domestic violence victims and your address is confidential. You know, I had to change my phone number, I had to change my entire life," Sanders says.

After a court date, getting fingerprinted, and a whole lot of anxiety, Sanders is now stuck waiting for her next court date, and hoping the charges get dropped.

"It's just ridiculous. Like, there is no reason that this needs to be happening. Like I said, they would have had a better chance of getting their money if they would have sent it to collections, because I would have known," Sanders says.

Sanders is charged with Failure to Return Rental Property, which carries a maximum penalty of 93 days in jail and a $500 fine.

She says she can't work for her current employer until the case is settled. Her next court date is November 7th.
Report a correction or typo
Related topics:
societymichiganbookswarrant arrests
More Videos
From CNN Newsource affiliates
TOP STORIES