WPVI
NOTTINGHAMSHIRE, U.K. (WPVI) -- A court in the UK has sentenced a 65-year-old truck driver to 18 months in prison and given him a 29-month driving ban, Nottinghamshire Police said on November 10, after the man was found guilty of dangerous driving causing serious injury.

"Now he has time to reflect on the consequences of his actions in prison," the statement continued.
Report a correction or typo
Related topics:
trafficcar crashdistracted drivingdashcam videocrash
Copyright © 2021 WPVI-TV. All Rights Reserved.
DISTRACTED DRIVING

House votes to stop drivers' use of cellphones 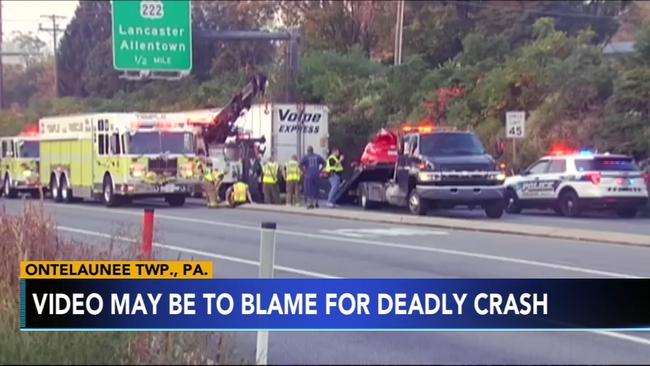