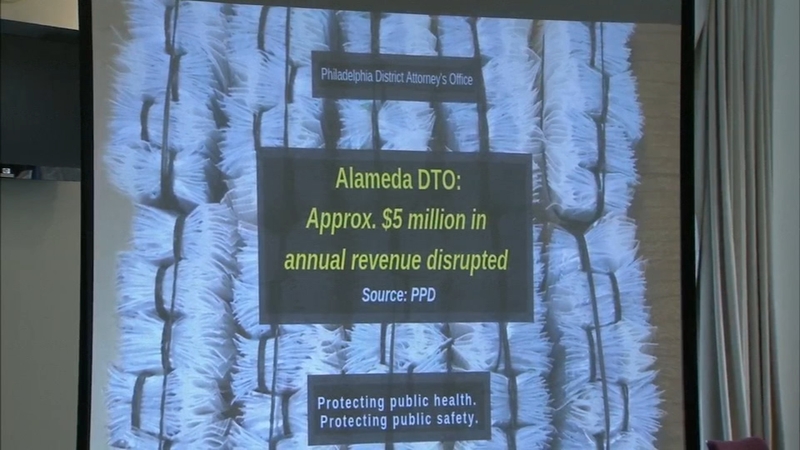 KENSINGTON (WPVI) -- The alleged leaders of a drug trafficking ring and dozens of suspected drug dealers are off the streets of Philadelphia.

The investigation focused on the intersection of Kip and Cambria streets in Kensington, which has had a long history of drug issues.

Krasner says the city needs to think beyond helping addicts and look at the impact drug addiction has on neighborhoods.

"We have to think about the reality of what it means walking to school when you have dirty needles all over the sidewalk and dirty needles in the park where you should be playing," Krasner said.

Krasner says the ring they busted was making around $5 million per year dealing fentanyl, heroin, and cocaine.