WPVI
By Danny Clemens
PURBROOK, England -- A terminally ill Star Wars fan who feared he wouldn't make it to see "Star Wars: The Rise of Skywalker" got a special early screening of the film thanks to the power of social media.

Rowans Hospice in Purbrook, England, took to Twitter earlier this week with a heart-wrenching plea regarding one of its patients: "Can you help? We have a patient who's a HUGE #StarWars fan. Sadly, time is not on his side for the 20th Dec. His wish is to see the final Star Wars film #RiseOfSkywalker with his young son. If you know ANYBODY who might be able to make it happen, please share with them. Thank you."

Can you help? We have a patient who's a HUGE #StarWars fan. Sadly, time is not on his side for the 20th Dec. His wish is to see the final Star Wars film #RiseOfSkywalker with his young son. If you know ANYBODY who might be able to make it happen, please share with them. Thank you

The hospice had tagged Mark Hamill, J.J. Abrams and others associated with the film, but their request eventually caught the attention of Disney CEO Bob Iger, who responded that the company would "certainly try" to come through for the patient.

In true Disney fashion, the company was able to arrange a special screening for the patient on Thanksgiving, when "a very nice man named Jonathan from Disney turned up at our Hospice with a laptop that had a very important movie on it," as Rowans recounted in a tweet.

In addition to the early screening, the patient, whose identity was kept private, was treated to a Star Wars-themed party for his family. A photo from the event showed the man and his young son wearing Storm Trooper masks as Chewbacca and other characters from the Star Wars universe stood around his bed.

On Wednesday we threw a Star Wars themed party for the patient and his family. We were joined by Stormtroopers, wookies and droids and a brilliant time was had by all pic.twitter.com/SDAoUDIsXq

"During what is just a horrible situation to be in, you have helped to make some wonderful memories and bring some joy to my family. I am a huge Star Wars fan and what I am going through is completely dire. Then to top it all, I thought I wasn't going to see the film I have been waiting to see since 1977! I still can't believe it," the patient later said in a statement released by Rowans.

A Rowans representative said she was "utterly speechless about what has happened" and "cannot thank Disney enough for helping us to fulfill our patient's wish."

Iger added in a tweet: "We at @Disney are grateful to be able to share #TheRiseOfSkywalker with a patient and his family @RowansHospice. May the force be with you and with us all!"

SEE ALSO: Watch the trailer for 'Star Wars: The Rise of Skywalker'


"Star Wars: The Rise of Skywalker," the conclusion of the Skywalker saga, hits theaters in the United States on Dec. 20, 2019. Lucasfilm teases that "new legends will be born [but] the final battle for freedom is yet to come." 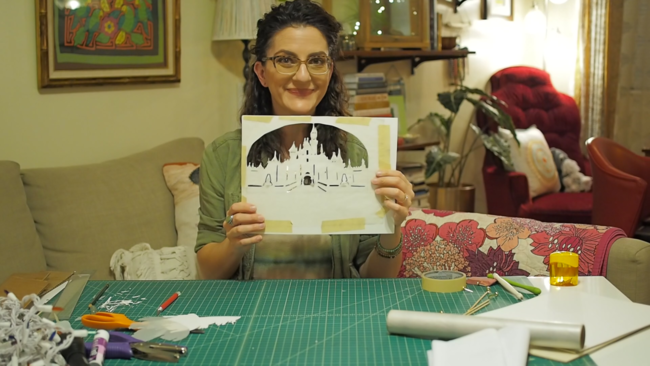