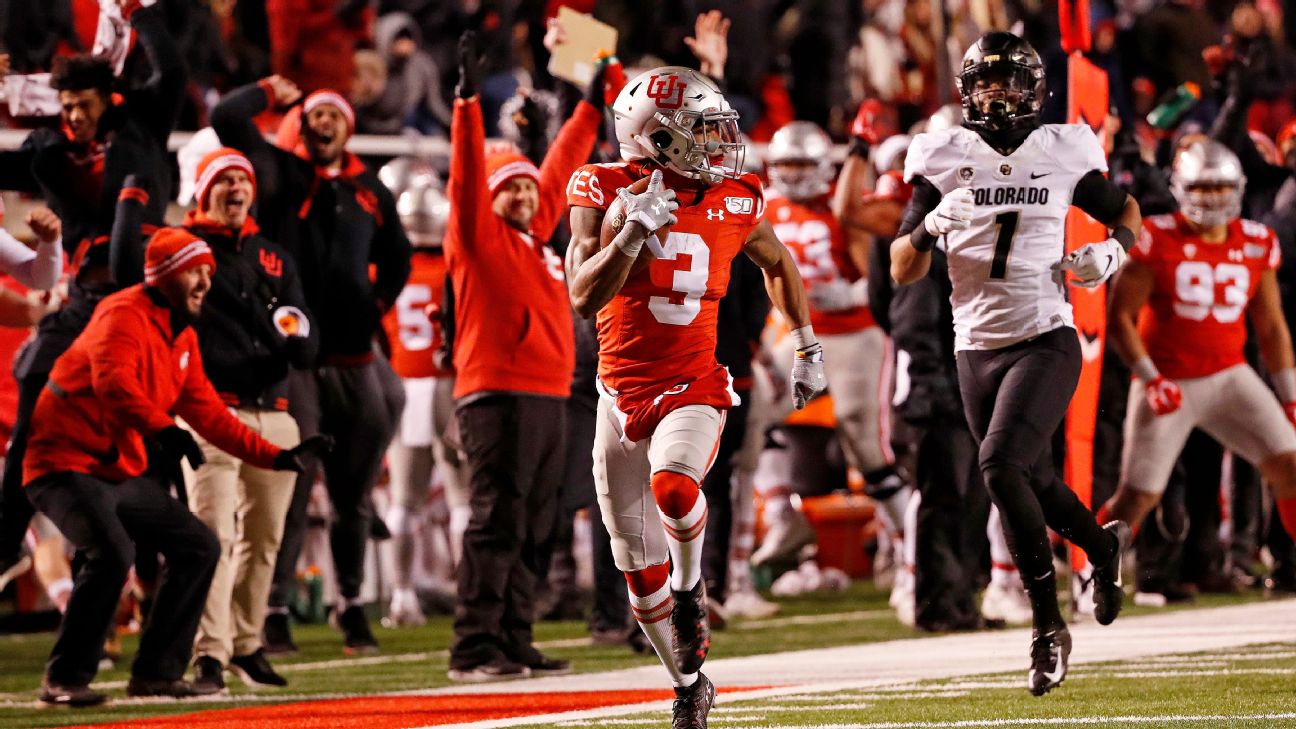 There was no bigger beneficiary of Alabama's loss to Auburn on Saturday in the Iron Bowl than No. 5 Utah.

With the top four (Ohio State, LSU, Clemson, Georgia) staying the same, as expected, the Utes were the story of the College Football Playoff selection committee's fifth rankings, as they were promoted to the No. 5 spot while Alabama tumbled to No. 12 -- behind three-loss rival Auburn.

It was an important jump for the Pac-12 heading into championship weekend, as the league still holds a slight edge over the Big 12's top teams, No. 6 Oklahoma and No. 7 Baylor. The order can change on Selection Day, but it's an important distinction heading into the season's final rankings on Dec. 8.

Should No. 2 LSU beat No. 4 Georgia in the SEC Championship on Saturday, the fourth spot will boil down to a debate between the winner of the Big 12 and Utah, if it can beat Oregon on Friday in the Pac-12 championship game. If No. 1 Ohio State, No. 2 LSU and No. 3 Clemson all win their respective conferences -- and Utah loses -- it will be an easy decision for the committee to put the Big 12 champion in the fourth spot, regardless of whether it's Oklahoma or Baylor.

Overshadowed by the news at the top was the fact that with this ranking, No. 12 Alabama isn't going to be in a New Year's Six Bowl this year. It was a far fall for the only team in the country that has been in the playoff each of the past five seasons.

Because the Big Ten champion, in this case Ohio State, is in a semifinal, the league's next-highest ranked team, No. 8 Wisconsin, would go to the Rose Bowl Game Presented by Northwestern Mutual, and it would face No. 5 Utah because the Rose Bowl is also guaranteed the Pac-12 champion if it isn't in a semifinal.

The Allstate Sugar Bowl, which is guaranteed an SEC team against a Big 12 team, would take No. 9 Florida against No. 6 Oklahoma, as they are both the highest-ranked teams available from each conference.

The Capital One Orange Bowl is given the ACC champion, but since No. 3 Clemson is in a semifinal, it would take the next highest-ranked ACC team, which is No. 23 Virginia. The Orange Bowl can choose the ACC's opponent from the Big Ten, SEC or Notre Dame, and No. 10 Penn State is the highest available option.

The Goodyear Cotton Bowl Classic would feature No. 7 Baylor against No. 17 Memphis, which is guaranteed a spot as the highest-ranked Group of 5 champion. 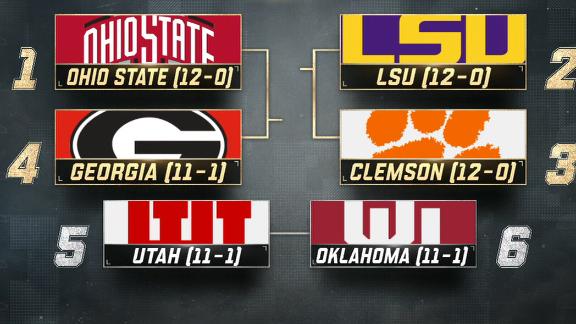