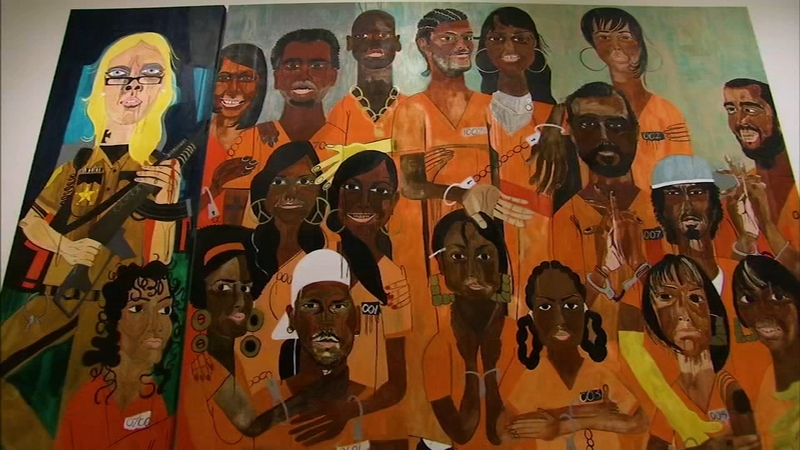 The works of some of the most important and influential African American artists of the last four decades are on display at the Barnes Foundation.

The exhibition is called 30 Americans, and it's a mix of painting, sculpture, video and photography.

"We are proud to be hosting this 10th-anniversary presentation," says Thom Collins, Executive Director and President of the Barnes Foundation.

"This is an exhibition which is drawn on a single collection of work," Guest Curator Gwendolyn DuBois Shaw explains.

It was assembled over several decades by Don and Mera Rubell and since it started traveling, there have been many iterations.

"In this installation, we have about 60 pieces that are on view," DuBois Shaw says and, as the title suggests, 30 American artists are featured.

"Many of them are really, you know, at the top of their game right now," DuBois Shaw says, citing Kara Walker, Henry Taylor and Jean-Michel Basquiat as examples. "(They're) probably the most expensive contemporary artist today."

"They cover the entire body of the wearer and mask the identity of the person within," DuBois Shaw says.

Mickalene Thomas is another artist featured, "She also has this practice, which is about making kind of new portraiture of black female subjectivity and you know women's sense of self, style and identity," DuBois Shaw says.

Each artist brings a unique perspective.

"Kehinde Wiley is one of the most recognizable artists in the exhibition," DuBois Shaw says. "Fantastic representational artist."

His work delves into black identity and self-styling.

"One of the most interesting things that this exhibition does is it creates a dialogue," DuBois Shaw says, "It has had an impact on the communities that have viewed it."

The Barnes presentation marks the first time 30 Americans has been shown in the Northeastern part of the country since 2011.

"I really hope people get excited by this exhibition," DuBois Shaw says. "And I hope that this is a way for people to enter into that world and begin to think about how diverse the voices are for contemporary art today."